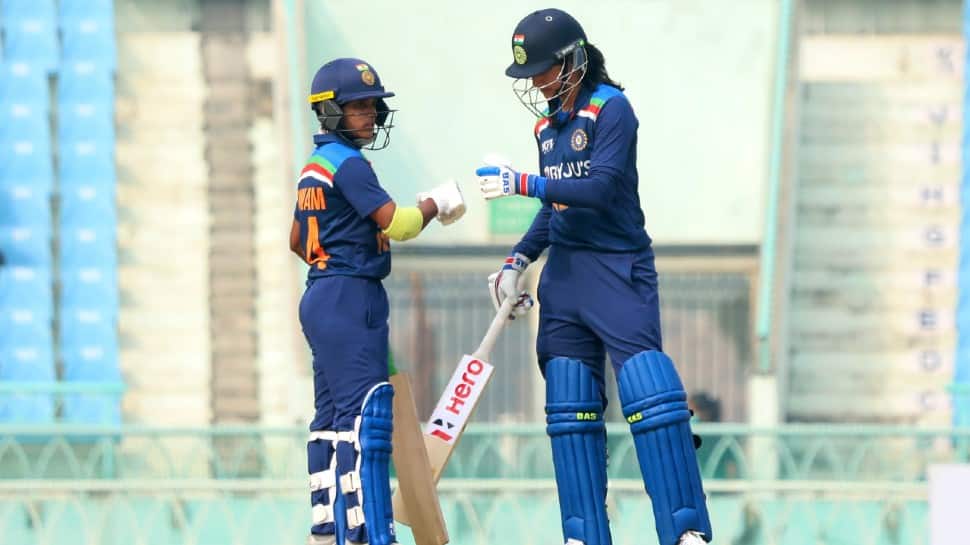 Punam Raut hit a second consecutive half-century as India produced a strong batting effort to submit a difficult 248 for 5 towards South Africa within the third girls’s ODI in Lucknow on Friday (March 12).

Raut, who made 62 in a profitable trigger within the final match, continued her good kind and scored 77 off 108 balls to anchor India’s innings after the hosts had been put in to bat. She struck 11 boundaries throughout her knock.

India, nonetheless, didn’t have the most effective of begins as they misplaced big-hitting opener Jemimah Rodrigues (0) within the second supply of the innings when she nicked an away-swinging one to Sinalo Jafta off Shabnim Ismail (2/46). However then Raut joined Smriti Mandhana (25 off 27) on the crease and the duo as soon as once more got here to India’s rescue, sharing 64 runs off 70 balls for the second wicket to take the crew ahead.

Mandhana, nonetheless, couldn’t convert her begin into a giant rating. However skipper Mithali Raj, who turned the primary Indian lady to attain 10,000 worldwide runs on Friday, steadied the ship in Raut’s firm because the duo stitched 77 runs for the third wicket.

Mithali, solely the second internationally to finish 10,000 runs throughout all codecs, departed quickly after reaching the most important milestone, flicking a Anne Bosch supply straight to Mignon du Preez at mid-wicket.

She made 36 runs off 50 balls and hit 5 boundaries within the course of. Raut additionally fell quickly after and Harmanpreet Kaur (36 off 46) performed a fast knock earlier than changing into Ismail’s second sufferer as India reached 221 for 5 within the 45th over.

In the direction of the top, Deepti Sharma (36 not out) and Sushma Verma (14 not out) remained unbeaten and shared 27 runs for the sixth wicket to take India near the 250-run mark.

The five-match sequence is at the moment poised at 1-1.