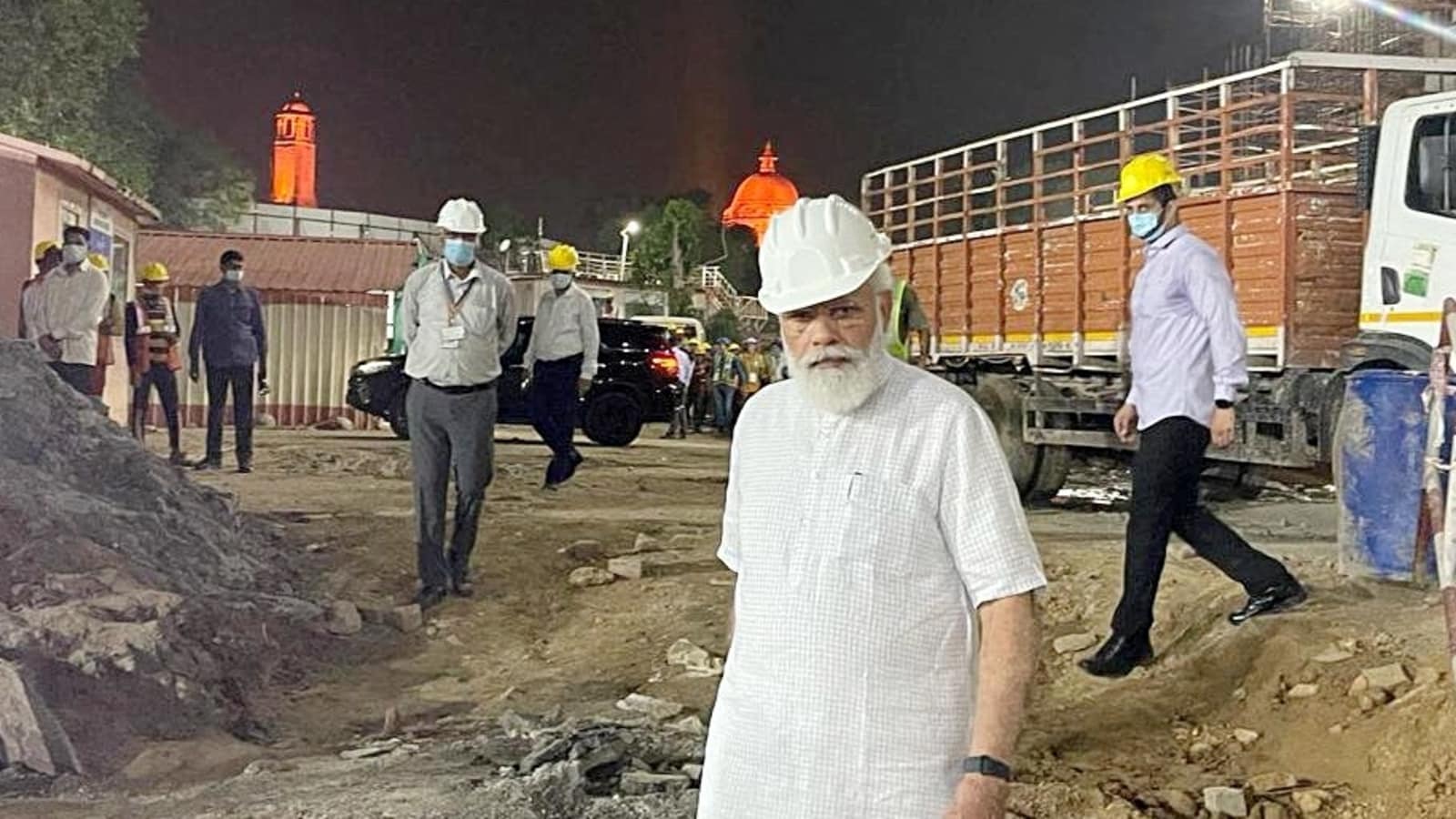 The new Parliament building is expected to be completed by November 2022, just in time for the Winter Session next year, officials have projected. Along with this, Central Vista avenue is also being redeveloped and is expected to be completed just in time for the G-20 summit for world leaders. These projects, a flagship scheme of the Bharatiya Janata Party (BJP) government at the Centre, have been subjected to much criticism.

The new Parliament building is expected to cost around Rs.971 crore, and till the beginning of August a total of Rs.238 crore has been spent on it, the Union government told Parliament during the monsoon session. The Central Vista revamp is expected to cost around Rs.608 crore, with ₹301 crore being spent till August. Documents accessed by the Hindustan Times in the past have shown that the government aims to complete construction for the new Parliament building and the Vice President’s residence first.

The Prime Minister’s visit comes a week after he inaugurated the defence office complexes of the Central Vista project at Kasturba Gandhi Marg and Africa Avenue that will together accommodate more than 7,000 defence officials, on September 16.

He also hit out at the critics of this project, saying that those who are forcefully opposing the Central Vista project will very cleverly stay quiet on this aspect of the project that offices have been created for 7,000 defence officials because they know that their agenda of spreading lies will be exposed. “But today the country is seeing what we are doing under the project,” he had said.