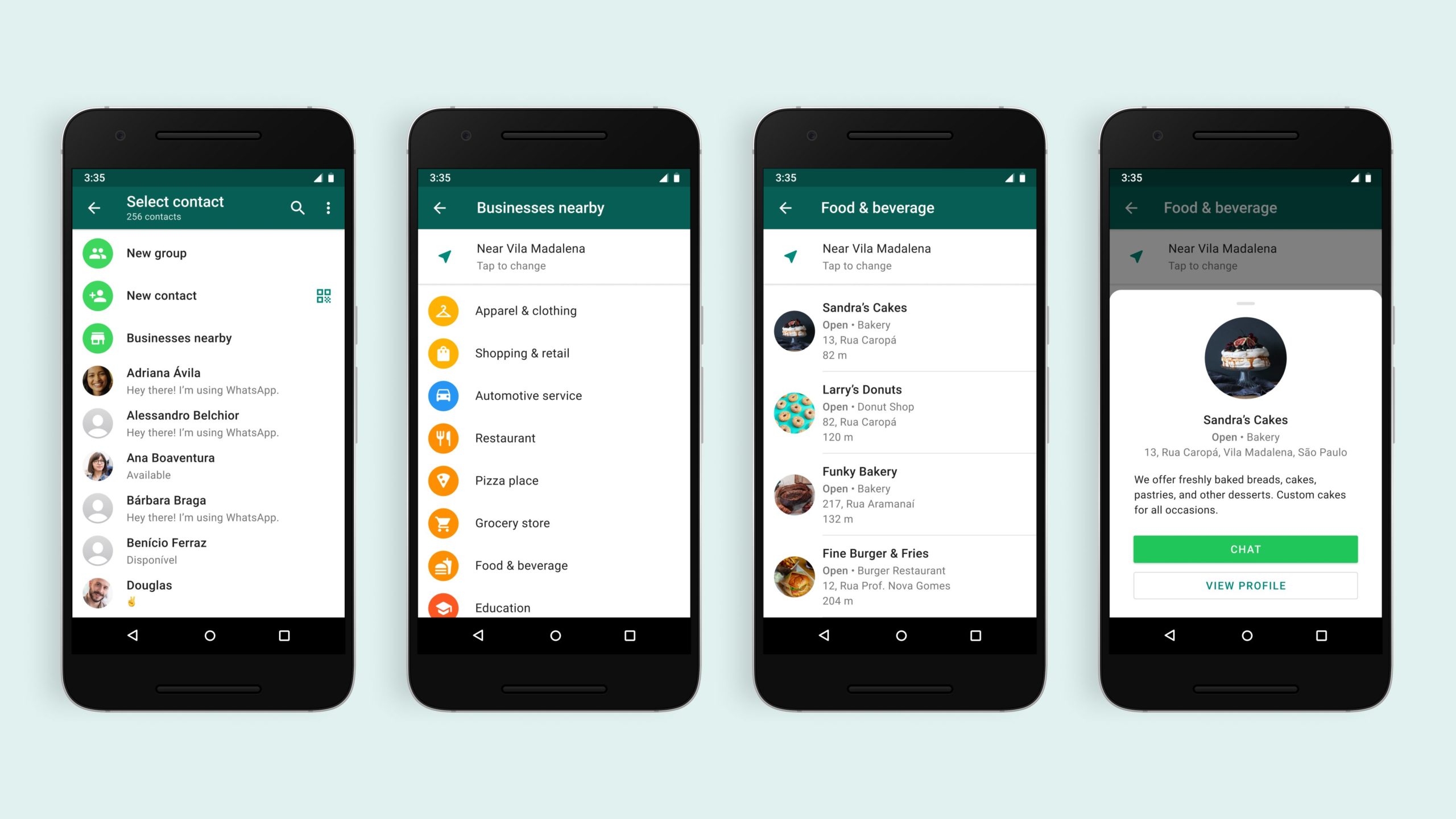 Privacy concerns aside, WhatsApp remains one of the largest messaging services in the world. It’s not limited to your friend group, either — thanks to its business-focused platform, communicating with all sorts of retailers online is a cinch. With its latest update, WhatsApp is adding a search feature for businesses for users to discover and contact companies right through the app.

As reported by Reuters, users can use this new directory to search for restaurants, retail stores, services, and more. This feature is opt-in for businesses, so if you want to keep your organization from being public on the app, you can keep it under cover. Likewise, WhatsApp won’t store users’ current locations, or what businesses they view. For a company that has experienced some privacy-based blowback this year, that’s a good sign.

WhatsApp’s business directory is now live in São Paulo to start, so it may be a while before it expands to a wider audience. The company plans to target India and Indonesia as its next locations, though there’s no timetable for when it might launch in either region.

Based on feedback from the people who try it over the next few months, we’ll look at expanding this service to other cities and other types of businesses available on WhatsApp.

While this doesn’t mean ads for businesses are coming to the app any time soon, it does seem like WhatsApp is planning on including advertisements sometime in the future. According to Matt Idema, Facebook’s vice president of business messaging, “There’s definitely a route on ads, which is Facebook’s core business model, that over the long term I think in some form or another will be part of the business model for WhatsApp.” That might not be the sentiment users are looking for from the company, but considering its owner, it shouldn’t come as too much of a surprise.