COP26: A showcase for Scottish independence 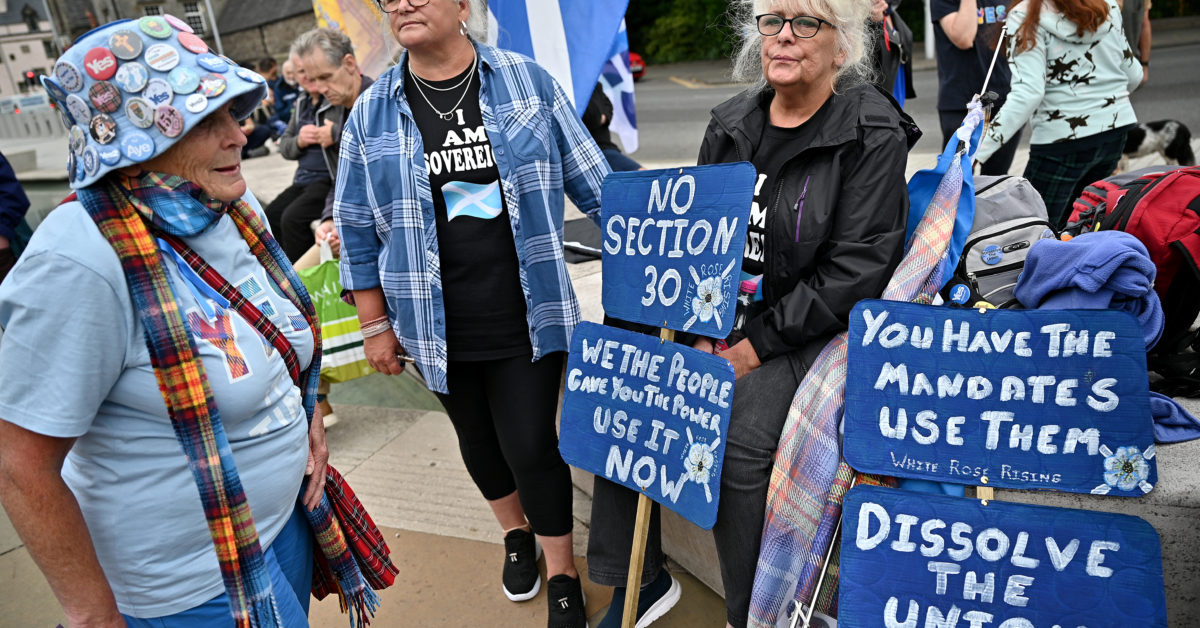 Press play to listen to this article

The extreme weather that the world has experienced ahead of the United Nations Climate Change Conference in Glasgow in November is a reminder of what’s at stake for the future of our planet. Much depends on whether the conference can deliver.

For its hosts, however, the conference — known as COP26 — will also serve as a showcase for competing visions of a different future: Not just the world’s, but Scotland’s too.

In effect, COP26 has two hosts: The U.K. government is the official host, responsible for diplomatic efforts to secure a deal as the president of the conference. The Scottish government, on the other hand, is the shadow host, responsible for many of the conference’s logistical and security aspects. And this November, each will seek plaudits and goodwill for its work around COP26 — even at the expense of the other.

In days gone by, a genuine political partnership between Edinburgh and London on such a major international summit might have been possible — but no longer. And while both governments want COP26 to succeed, the animosity stemming from Brexit and the dispute over a new independence referendum affects nearly every aspect of their relationship.

Given the salience of the independence question, the Scottish government wants to present Scotland as an outward-looking, internationalist country with ambitious and progressive policies. It will no doubt reiterate often that Scotland’s net-zero target is 2045, five years ahead of the U.K.’s in 2050. It also hopes to exhibit Scotland as a state-in-waiting that is pro-European — in contrast, again, to the U.K. — and would manifestly thrive were it to go independent.

By contrast, the British government, led by the anti-independence Conservative and Unionist Party, seeks to project the U.K. as a confident and unified state that is (still) an influential player in international affairs — especially on the defining issue of climate change. It will fervently contend that, no longer encumbered by the EU, it is in a position to forge a bold new path. It will also aim to demonstrate that only the U.K. can deliver for Scotland, rendering independence not only unnecessary but damaging to the Scottish public.

In fact, COP26 encapsulates the wider discord between the two governments on Scotland’s European and international relations. Following the Scottish election in May, Edinburgh clearly aspires to develop a higher profile in Europe and around the world, but London vigorously opposes these ambitions. And although foreign policy is a U.K. responsibility, successive Scottish governments have articulated specific positions on EU and global issues.

Increased tensions over independence have only raised the political stakes. The U.K. government wants to dampen Scottish public support for independence. It sees Scotland acting as an autonomous agent at COP26, or elsewhere, as contradictory to that goal. Indeed, the U.K. chose Glasgow intentionally — not to closely cooperate with the Scottish government but rather to offer an example of the U.K.’s prestige and strength.

For its part, the Scottish government wants to grow support for statehood and make independence look natural, maybe even inevitable. Developing a foreign policy presence is an important part of those objectives, and COP26 is an opportune moment to put such aspirations into practice.

To be sure, the global figures gathering in Glasgow are coming for climate change, not Scottish politics — so this shadow debate is more likely to influence the Scottish public than conference attendees. But it should not be overlooked. Whatever the outcome of COP26 for the fight against climate change, the conference is now firmly part of the independence debate.