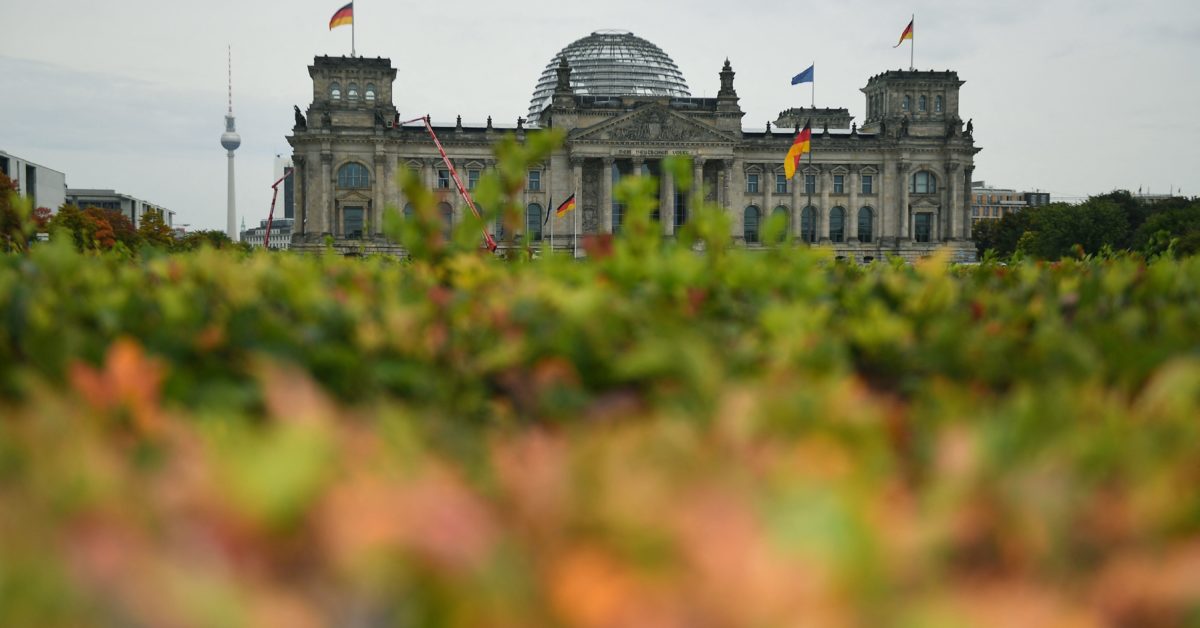 BERLIN — German voters have delivered a more fragmented political landscape than ever before, making coalition-building even harder than after previous elections.

The result takes some coalition combinations off the table, but doesn’t make the remaining lot any easier. With the CDU’s Armin Laschet and the SPD’s Olaf Scholz both in the hunt — and with their parties virtually neck and neck — the most likely route to power is for them to team up with two of the smaller parties to claim the chancellery.

One party out of the running is the Left, which fell below the 5 percent threshold to gain seats in the Bundestag. That rules out a left-wing coalition between the SPD, the Greens and the Left, but there are other three-party combinations left.

And as for a continuation of a “grand coalition” consisting of CDU/CSU and SPD? Both sides have repeatedly dismissed the idea. They did, for the record, say the same after the 2017 election only to be forced into such a loveless marriage weeks later, after coalition negotiations with other parties collapsed.

If they want to avoid a repeat scenario, other coalition options are possible.

A coalition between the SPD, the liberal FDP and the Greens, named after their respective colors red, yellow and green. This would be Olaf Scholz’s dream tie-up: He would be rid of CDU and CSU, and such a trio would enjoy a comfortable majority in parliament (416 out of 735 seats in the Bundestag).

To underline his readiness, Scholz on Monday emphasized that collaboration between the two smaller parties and the SPD has worked out in the past. “There was a very successful social-liberal coalition between 1969 and 1982,” he said, adding that more recently, the Social Democrats “had a very good time in government with the Greens” between 1998 and 2005.

FDP chief Christian Lindner has repeatedly said that he sees more overlap for his party with CDU/CSU than the SPD, but he has not ruled out sharing power with the SPD. On Sunday, however, he said it would be a good idea for the FDP to first talk to the Greens about where they could find common ground before accepting the larger parties’ offers to negotiate.

The Greens’ co-leader Robert Habeck agreed on Monday, arguing it would be smart for “the parties that are the furthest away from each other for the time being [to] see if they can work it out together.”

Cons: Strong cultural and policy differences between the two left-of-center parties (SPD and Greens) and the FDP, especially on key issues such as tax and public borrowing.

So named because the participating parties’ colors — black, green, yellow — match those of the Jamaican flag. Had the CDU/CSU come in first on Sunday, it would have been the most plausible step for them to team up with the Greens and the FDP. That would have restarted the Jamaica effort that failed in 2017 when Lindner walked out of coalition talks.

Laschet and CDU general secretary Paul Ziemiak were quick to push for such a coalition on Sunday night, calling it the Zukunftskoalition (“coalition for the future”) to give the idea a positive spin on a difficult election night. On Monday, CSU chief Markus Söder said “Jamaica is an option,” but conceded that the conservative union’s second place doesn’t give the CDU and CSU first claim to governing the country.

Habeck of the Greens on Monday said that based on the official election result, “there is a certain logic to first talk to SPD and FDP, but that doesn’t mean that we won’t talk to the CDU/CSU.” Notably, Habeck was part of a state-level Jamaica coalition in Schleswig-Holstein as environment minister between 2017 and 2018.

Pros: The alliance would have a big majority in the Bundestag (406 of 735 seats) and an appetite for major reform in key areas such as the environment and transport.

Cons: The ideological differences between the Greens and the other two parties are significant in areas such as taxation and EU integration, especially with the FDP.

Also known as the “Deutschland” coalition because the colors (black, red, yellow) match both the German flag and the clothes worn by Disney’s famous rodent. A centrist coalition with a big majority in the Bundestag, Mickey Mouse would be the closest alternative to the current grand coalition.

That’s also the main reason it’s unlikely. And why should the CDU/CSU and the SPD include another party in a coalition when they would already have a majority amongst the two of them?

Pros: A consensus coalition with broad public support and a very comfortable majority: 494 of the 735 Bundestag seats.

Cons: Long-standing ideological differences would lead to preserving the status quo instead of pursuing ambitious reforms in areas such as environmental policy, Europe and the economy.

Another grand coalition plus one variant, Kenya would unite the CDU/CSU and SPD with the Greens. It’s at least as unlikely as the Mickey Mouse option, mainly because CDU/CSU and SPD have no reason to include anyone else.

Pros: At 520 of 735 seats, it would be the largest possible majority for any three-way coalition in the new Bundestag.

Cons: As with Mickey Mouse, Kenya is effectively a continuation of the grand coalition that would likely result in the same lack of ambition that has characterized the past several years.