Trump Attacks Bush For Speaking Out On Sept. 11 Against Violent Extremists 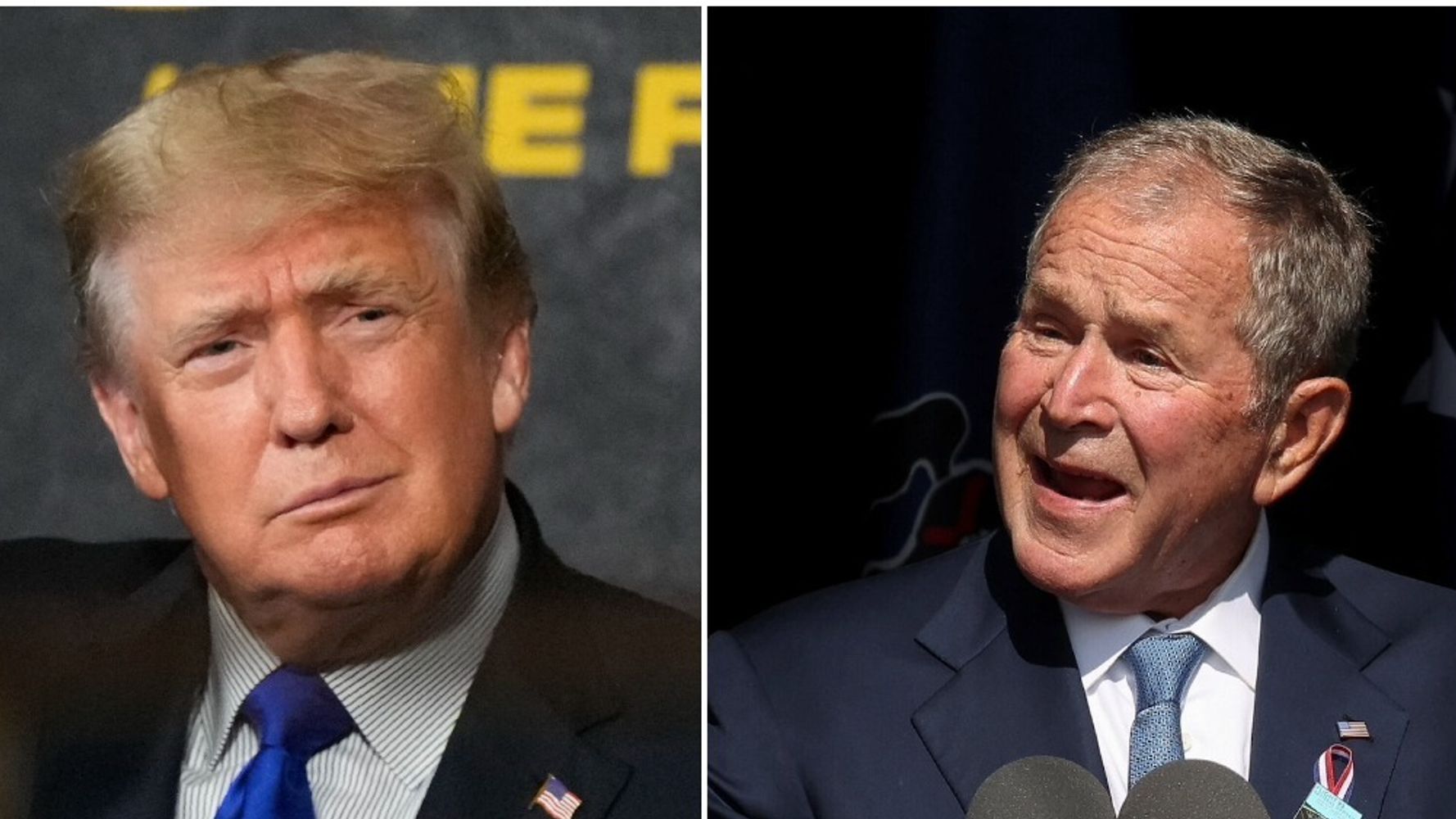 In fact, he went ballistic against his fellow former president in a statement released Monday in which he said the 43rd president “shouldn’t be lecturing anybody.”

Although Bush did draw a parallel between foreign and domestic extremists in Saturday’s speech, he did not explicitly mention the Jan. 6 riot at the U.S. Capitol by Trump supporters or Trump himself.

Still, Trump took it as a personal attack. So he hit back hard, pointing out that Bush is responsible “for getting us into the quicksand of the Middle East (and then not winning!)”

Trump then attacked Bush for lecturing that “terrorists on the ‘right’ are a bigger problem than those from foreign countries that hate America, and that are pouring into our Country right now.”

“If that is so, why was he willing to spend trillions of dollars and be responsible for the death of perhaps millions of people? He shouldn’t be lecturing us about anything.”

In his screed, Trump pointed out that the World Trade Center “came down” when Bush was president and accused his fellow Republican of leading “a failed and uninspiring presidency.”

You can read the complete statement below:

Interesting that when Bush condemns domestic extremists Trump assumes he’s talking about him and lashes back.

And to be clear: Bush in his speech never explicitly mentioned “terrorists on the ‘right.’” That is Trump’s description of what Bush said.

So Trump knew exactly who Bush was talking about when he equated domestic extremists to Al Qaeda. Interesting.

When Bush and Trump are feuding pic.twitter.com/r2Aq6XfsLp