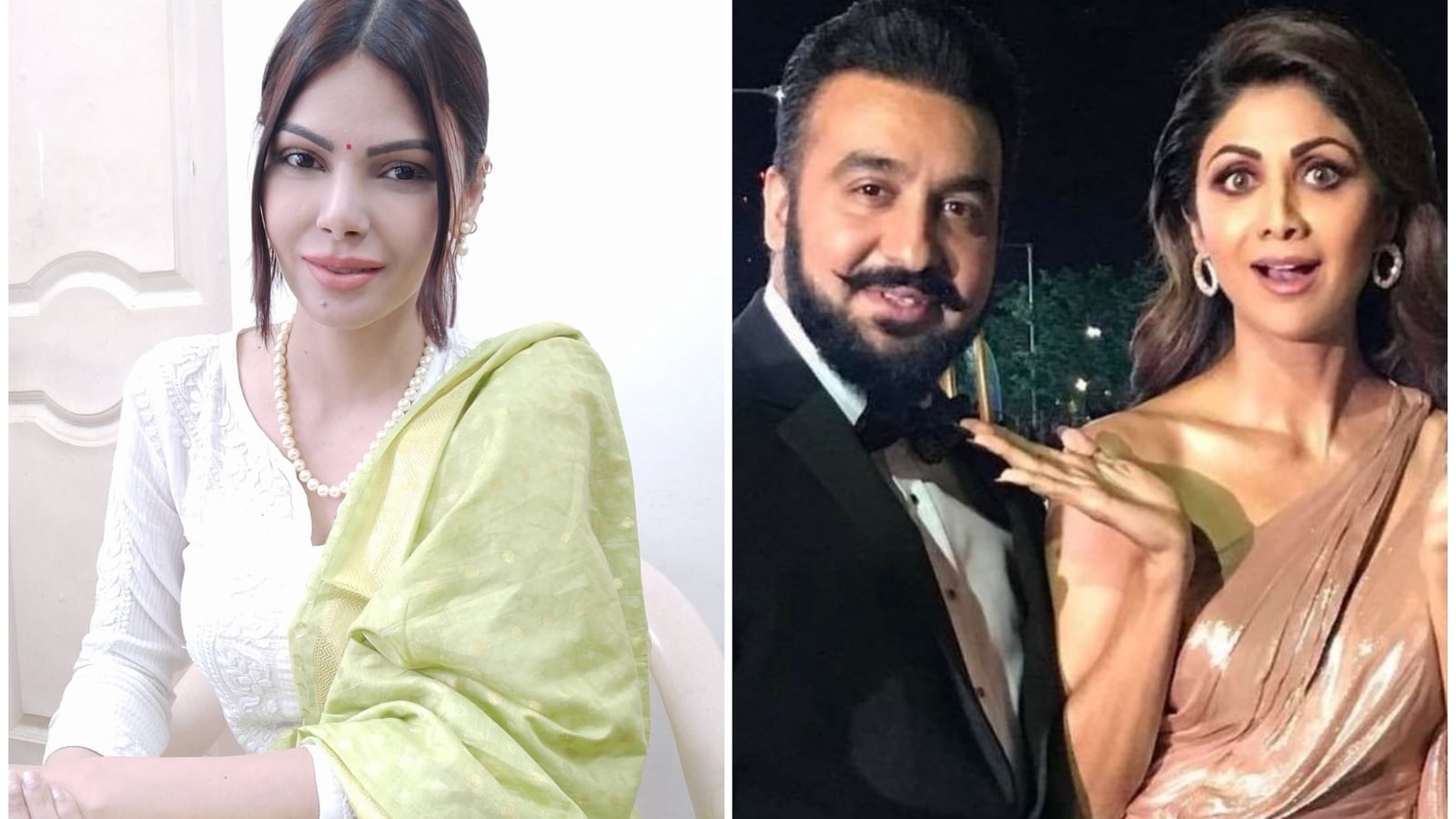 Sherlyn Chopra seemingly took a dig at Shilpa Shetty‘s statement to the police about her husband, Raj Kundra’s alleged involvement in the creation and dissemination of pornography. Shilpa reportedly told the authorities that she had no knowledge of her husband’s activities as she was busy with her own work.

A supplementary chargesheet was filed by the Mumbai Police’s crime branch on Thursday against Raj Kundra, who has spent several weeks in judicial custody. The businessman is being investigated for his connection to apps that created content that has been alleged to be pornographic in nature. Raj, in his defence, has reportedly said that it is simply adult content.

Sherlyn Chopra, who had previously said that she was the first person to record a statement in the case, shared a video on Twitter in which she said in Hindi, “According to some reports, didi is saying that she was not aware of the nefarious activities of her husband. Didi is also saying that she doesn’t know about the movable and immovable assets of her husband. How true is this statement, you guys can understand yourselves.” She was lifting weights the entire time, and added, “Waise isey kya kehte hain (What is it called)? Yeda bankar, peda khana. Hai na?”

In her statement to the property cell, Shilpa Shetty claimed she wasn’t aware of the purported pornographic racket run by her husband and informed police that she was not aware of the Bollyfame app or that pornographic films were made for Hotshots app through Viaan Industries and sent to Kenrin company of Pradip Bakshi.

Previously, Sherlyn spoke to a leading daily after recording her statement with the property cell. She had said, according to a leading daily, “They asked me about my agreement with Armsprime and what the terms and conditions of the contract were. They even asked about how many videos I shot with them and who all were a part of the content production. They also asked, ‘Raj Kundra ke sath mere kaise sambandh the’ and what about the other companies owned by him, ‘do you have any information about them’? The whole day was spent sharing the information. Even I asked if there are any more questions, please ask as I want justice for all the women, artists who have been victims of this pornography racket.”