ChaySam fans are heartbroken with their recent social media interaction 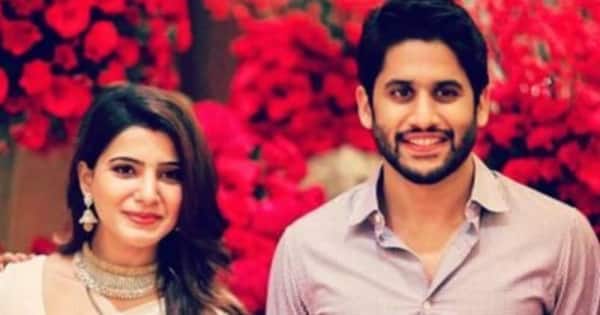 Reports of Samantha Ruth Prabhu and Naga Chaitanya‘s marriage hitting rocks has been spreading like a wildfire. The two of them have kept mum or have not directly responded to the rumours of their separation. Samantha refused to comment on the same saying she will speak when the time is right. Amidst all of this, there were reports that Samantha and Chaitanya have approached the court and are opting for a mutual separation. ChaySam fans are constantly worrying about their favourite duo amidst all the speculative news. And adding to ChaySam fans’ woes is their recent social media interaction. Also Read – Samantha Ruth Prabhu takes a dig at the circus and speculations around her and Naga Chaitanya’s divorce

It so happened that Samantha had retweeted Naga Chaitanya’s tweet unveiling the trailer of his next film, Love Story with Sai Pallavi. She wished the entire team all the best and tagged only Sai Pallavi. Though she called the trailer a winner, she did not tag her actor-husband in it. It had upset a lot of her fans. And now, the Venky Mama actor has responded to Samantha’s tweet. And his response has left a lot of fans heartbroken. “Thanks Sam,” he said with two exclamation marks. Fans are asking where is the love emoticon. Also Read – Samantha Ruth Prabhu’s dream role will make you want to see her back on screens soon!

Be happy with Sam ❤ chay if u have misunderstandings plz sort it out don’t take bad decisions plz pic.twitter.com/6I3thwiiX0

Maa Sam is alone we are missing her bubbly smile please @chay_akkineni feel her pain try to understand her and be with her pic.twitter.com/mr6ckEl9oG

Replied sam instead of love or something pic.twitter.com/LOrxrGHdUb

It is being said that Samantha had been staying in Goa and has moved to Chennai. Reports state that if the court admits their plea to their divorce settlement, they might make an announcement soon. Both Samantha and Naga Chaitanya have remained tight-lipped about the ongoing rumours.

Talking about the promotions of his film with Sai Pallavi, reports stated that he would be a part of media interactions. Whether or not he will release a statement about these rumours remains to be seen. Some reports also state that amidst these rumours, Naga Chaitanya is likely to skip the promotions of Love Story. Till the time either Samantha or Naga Chaitanya release a statement, everything remains a gossip.