Clint Eastwood’s Lovely, Awkward Cry Macho Is As Fragile As Its 91-Year-Old Star 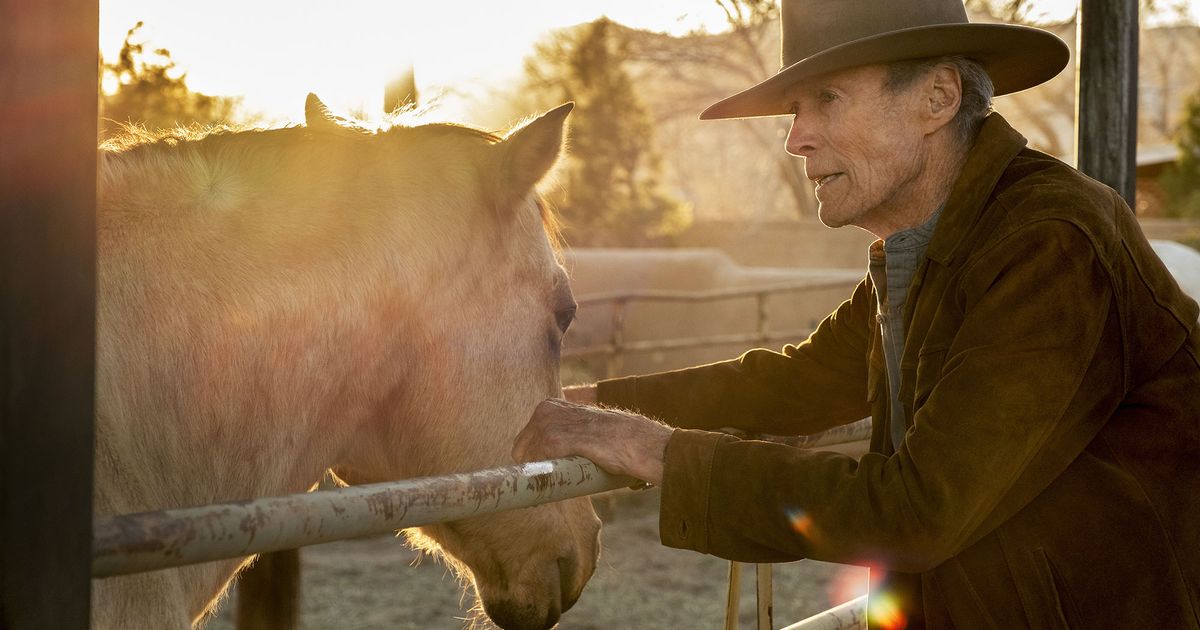 Clint Eastwood’s Cry Macho feels like an illusion. Filmmakers have tried for more than four decades to film N. Richard Nash’s 1975 novel about an aging Texas cowboy who heads to Mexico to kidnap his former boss’s young, estranged son; it’s always seemed like an ideal project for a graying action star, but maybe not quite as graying as the currently 91-year-old Eastwood, who could have easily done it back when the novel came out. (He was reportedly attached to it for a while in the late 1980s.) Watching Cry Macho, you can imagine that younger Clint — say, at age 51, or 61, or, hell, 81 — playing the part. He doesn’t need de-aging because he’s got the audience’s memories on his side. Eastwood’s diction might be awkward, his back hunched, his frame unsteady — but he is perfect for the role because we want him to be.

The actor’s almost supernatural endurance has never been predicated on youthfulness; he’s been playing grizzled ever since 1976’s The Outlaw Josey Wales, released when he was 46. (Over the years, he’s also probably outlived any number of critics who have said he was too old for this or that part.) As the sad-sack Mike Milo in Cry Macho, a former rodeo star and horse trainer who has wrestled with drugs and booze and grief and pain for years, he makes for a predictably fragile figure. But it’s not the character’s sordid history we see reflected in his teetering posture and strained creak of a voice; it’s pure time. When Mike’s former boss Howard (Dwight Yoakam), the same man who fires him from a ranch job in the film’s opening scene, shows up at his house to ask him to do a dangerous favor, we should question the wisdom of sending such a vulnerable person on a lone-wolf mission to retrieve a child from what promises to be a heap of trouble. We don’t. Because it’s Clint.

Similarly, it would be natural to assume that Mike’s journey in Mexico would be filled with deadly obstacles, but the occasional henchman or suspicious cop qualify more as annoyances. Howard’s ex, Leta (Fernanda Urrejola), tells Mike she herself hasn’t seen her boy in some time. “My son is wild, an animal who lives in the gutter — gambling, stealing, cockfighting,” she says, in the film’s unflinchingly blunt manner. “Take him if you can find him. He’s a monster.” Mike locates the boy, Rafael (Eduardo Minett), fairly quickly at a local cockfight, competing with his trusted rooster, Macho. The kid is certainly no monster. He is suspicious of Mike, because he’s suspicious of everybody — the welts on the child’s back attest to a life subjected to cruelty — but he’s also taken with the idea of living on his father’s massive ranch, a dream vision of comfort and wealth that Mike does nothing to dispel, even though he has his own suspicions about Howard’s promises.

Everything happens a little too easily in this movie: It doesn’t take long for Mike to agree to go to Mexico, nor does it take long for him to find Rafael, or to convince the child to come to Texas. It also doesn’t take long for Leta to decide she wants her son back after all, and to send her inept goons after them. Eastwood, at this stage of his career, can’t really be bothered with narrative escalation and clever twists and tidy endings and closure. And the casual way he approaches exposition — his refusal to engage in the sly nipping and tucking that we expect of other filmmakers — is already the stuff of legend. Early on, as the camera pans across a wall featuring framed newspaper headlines from Mike’s storied rodeo career, we don’t bat an eye when it comes upon one that says “Rodeo Star Mike Milo Breaks Back in Lone Star Event.” What kind of person would frame and hang a headline like that about himself? Doesn’t matter. With Eastwood, the simplicity is often the point. Later, the film cuts to Mike on a wild horse, and it’s so clearly not Eastwood riding that it might prompt a chuckle. But it’s a fond chuckle; the actor-director seems to be in on the joke. (Besides, we could often see the stuntmen doing the riding in those classic Sergio Leone Westerns that made Eastwood a star. We might say he’s come full circle.)

In his later films as director, this glancing approach has occasionally come across as lethargy. It might have been a problem here were Cry Macho trying to be an action movie or a thriller. But the film shows its hand — deliberately, beautifully — when Mike and Rafael find themselves stuck in a small village. The owner of the local tavern, Marta (Natalia Traven), takes them in and treats them like family. Like Mike, she lost a child and a spouse years ago; unlike him, she has a bevy of grandkids she cares for. Mike also starts helping a local man train his wild horses, and villagers soon start bringing him other animals for treatment, as if he were a veterinarian.

Eastwood left genre some time ago, and he’s been walking his own middle ground for a while now. The broken man and the wounded child’s idyll in this village starts to feel like an earthly paradise where their own souls can heal. Most movies would move on from that blissful Mexican village sojourn to more pressing matters, and Cry Macho does, too — sort of — but there’s a fundamental imbalance to the tale that tells us where its heart truly lies. In truth, this idea dates back to the early days of the director’s career. Outlaw Josey Wales was all about finding new homes, forgetting old wars, and mending raw spiritual wounds. It just made sure to throw in a few big gunfights, too.

Now, approaching twilight, Eastwood has stripped everything down to its essentials. The picture doesn’t always work, but it works when it has to. It’s a fragile enterprise — lovely to bask in, but liable to fall apart if you stare too hard. The same could be said for its star. He’s part of the illusion. Somehow, when we look at Mike, we don’t see Eastwood the 91-year-old actor, but Clint the icon — not so much ageless as preserved in weathered glory, cinema’s forever haunted cowboy.