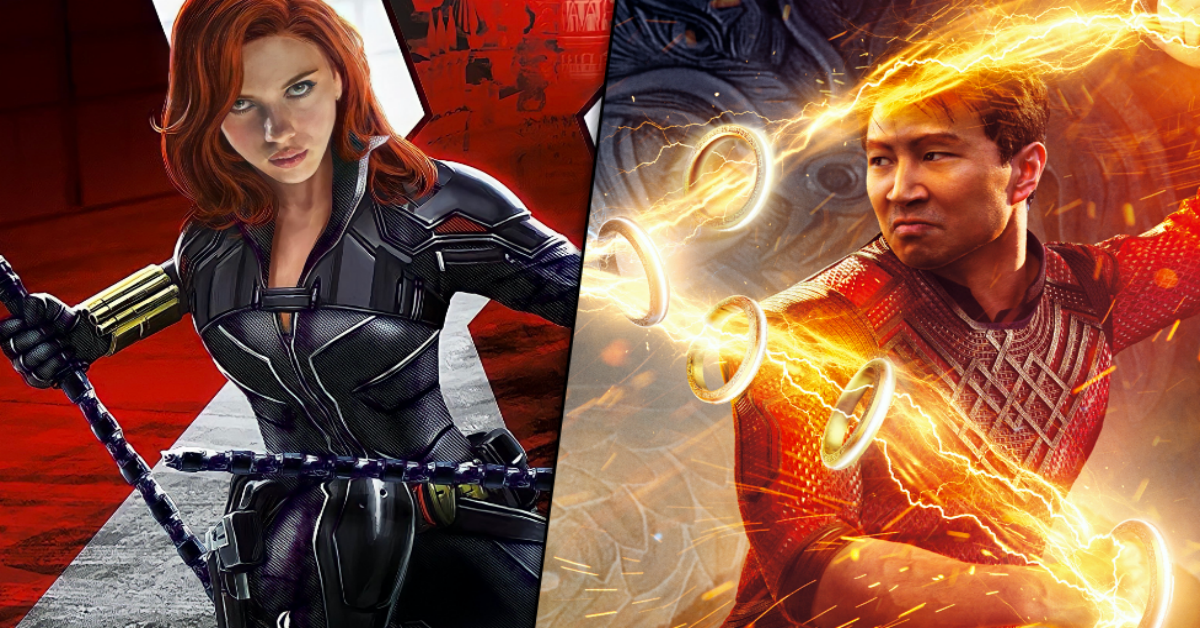 Marvel’s Shang-Chi and The Legend of The Ten Rings is on pace to pass Black Widow at the United States box office. Things just keep getting better for Marvel’s latest release according to a new report from The Wrap. The Simu Liu fronted feature poured on another $5.8 million on Friday and the estimates are still lofty. Shang-Chi has managed to rake in a total of $176 million at the worldwide box office and that includes this weekend’s projected $21 million earnings. Black Widow sits at $183 million and there’s no reason to believe that the Master of Kung-Fu couldn’t get past it. This is a strange situation for Marvel that experts are drawing all sorts of conclusions over. However, it’s absolutely apparent that people have enjoyed Shang-Chi and want more of these characters. There was a ton of hopes riding on the MCU movie and it has paved the way for the theater outlook to be downright rosy headed in the final leg of this year. It seems like the only question remaining will be how high will the film soar before it bows out.

Liu has been vocal in thanking the fans for the wild performance of this film at the box office. He wrote on Instagram, “The sun rose today to a world where Asian superheroes exist as the leads of their story; that is the gift the [Destin Daniel Cretton] and [Marvel Studios] has bestowed upon all of us, across all communities, everywhere. Liu continued, “A celebration and a sharing of culture, of language, of laughter, of excitement, of sorrow and of heartbreak… “I’ve said before that this film will change the world. A smile where there wasn’t one before. Pride where there was shame. Compassion where there was ignorance. if we reach out and touch even one person, then aren’t all of our lives better for it?”

ComicBook.com’s Jamie Jirak loved the movie and talked about how high Shang-Chi soared in her review:

“Shang-Chi and the Legend of the Ten Rings is one of the Marvel Cinematic Universe’s best origin stories to date, filled with stunningly choreographed action, unexpected laughs, and a whole lot of heart,” she writes. “Even if you’re unfamiliar with the Shang-Chi comics, this film is worth seeing on the big screen. And be sure to stick around for both the mid-credits and post-credits scenes, which are guaranteed to please any Marvel fan. With the addition of Simu Liu, Awkwafina, and Meng’er Zhang, the future of the MCU is looking bright.”

Do you think Shang-Chi will catch Black Widow? Let us know down in the comments!

Apple TV+ drops teaser trailer for ‘The Tragedy of Macbeth’

Fauci: Johnson & Johnson Vaccine Probably Should Have Been 2 Shots