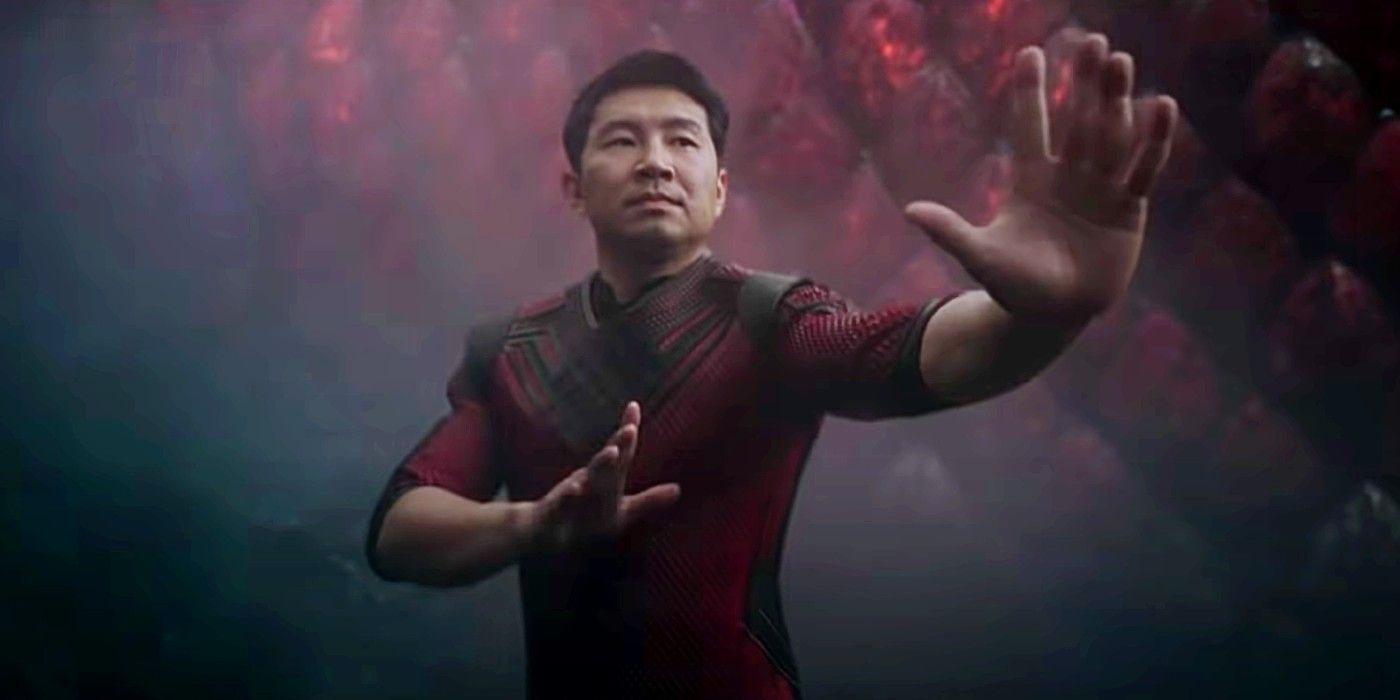 Shang-Chi and the Legend of the Ten Rings will take the number one spot at the box office in its third weekend, one of only seven MCU films to do so.

Shang-Chi and the Legend of the Ten Rings is set to stay in the number one spot at the box office for the third weekend in a row. The latest entry in the MCU broke the Labor Day opening weekend box-office record set by 2007’s Halloween and outgrossed other MCU origin films like Thor and Captain America: The First Avenger in its opening weekend. On its second weekend of release, it held off newcomer Malignant for the top spot at the box office.

Despite opening during a pandemic, Shang-Chi and the Legend of the Ten Rings has been a box office success and has given Disney the confidence the release the rest of their 2021 slate in theaters for a 45-day window. The film has been a hit with audiences and is performing on par with many of the MCU origin films. While a sequel has yet to be officially announced, the continued success of the movie at the box office means one of those four recently announced MCU 2024 release dates could be reserved for a Shang-Chi sequel.

Despite four new releases this weekend (Cry Macho, Cop Shop, Blue Bayou, and The Eyes of Tammy Faye) only Cry Macho is expected to break into the top five with a projected opening weekend of $4.7 million. Cop Shop will open at number six, with The Eyes of Tammy Faye taking the number nine spot, and Blue Bayou only having a limited release and opening outside the top ten. The rest of the top five are holdovers from the previous weeks, with Free Guy climbing up to take to the number two spot, Candyman at number four, and Malignant dropping to number five.

Only six MCU films have held the number one box office spot for three consecutive weeks (The Avengers, Avengers: Infinity War, Avengers: Endgame, Black Panther, Captain America: The Winter Soldier, Guardians of the Galaxy). Shang-Chi and the Legend of the Ten Rings will go head-to-head with Dear Evan Hansen at the box office for the final weekend of September, and if it beats Dear Evan Hansen it will be one of only two MCU films (Black Panther and Guardians of the Galaxy) to stay at number one for four consecutive weeks. This will likely be the last chance it could be number one as the following week will see the release of Venom: Let There Be Carnage and The Sopranos prequel, The Many Saints of Newark. With three weeks as box-office champ, Shang-Chi and the Legend of the Ten Rings has been a great start for the newest Avenger.

Next: How Shang-Chi Sets Up The New Avengers After Endgame

Richard Fink is a news writer for Screen Rant. He graduated from Arizona State University in 2016 with a degree in Film and Media Production. He loves the finer things in life, like cold Diet Coke on a hot summer day. Richard is a fan of all things Star Wars, Marvel, DC, and Film History.