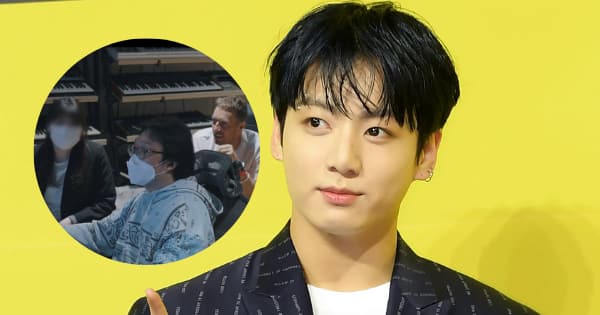 BTS and Coldplay’s My Universe has impressed BTS ARMY and Coldplay’s fans a lot. The peppy track is a collaboration of two of the most loved pop artists in the world that brought together a sea of fans from two different eras. While the British boyband has been in the music area for years, BTS is fairly new but has achieved global fame. Talking about My Universe, the song dropped on 24th September, that is, Friday. BTS and BTS ARMY have always wanted this collaboration to happen. And it was like their prayers getting answered all over. After the release of My Universe, a short documentary was released of the making of the song featuring BTS and Coldplay on Bangtan TV. And ARMY is going gaga over the same. In the documentary video, we saw BTS letting the feeling of collaboration sink in, while Coldplay seemed pretty excited to work with the young K-pop group. Also Read – Trending Hollywood news today: Chris Martin and Courtney Cox find BTS’ V’s voice perfect, Jennifer Lopez and Ben Affleck lock lips in New York and more

J-Hope couldn’t believe it when Chris Martin walked in and greeted him. And when they got down to work, Jungkook, the usually confident Golden Maknae revealed that he was very nervous to record in front of the acclaimed singer-songwriter. “Feels like when I first debuted. Chris Martin will be directing my performance and I’m worried I’ll mess up,” he said. However, when the Permission To Dance singer took to mic, he was smooth as ever as though the nervousness had vanished. Even Chris Martin was bowled over by Jungkook’s vocal skills. So much so that he asked the translator to tell Jungkook that he was doing an impressive job. “Please tell JK he’s so impressive,” Chris asked the translator to pass on his compliments. As soon as JK received the compliment, he turned shy and murmured a Thank You. Also Read – BTS: Fans can’t wait for ‘Actor Jin’ as Mission Impossible and Star Wars actor Simon Pegg wishes to do Netflix’s Squid Game season 2 with Kim Seokjin; Bring it on!

[@HindustanTimes ] BTS Jungkook was worried he’d mess up My Universe when he was set to head into the recording studio as Chris Martin will be directing his performance.

However, Chris was impressed with him. “Please tell JK he’s so impressive,” he requested the translator. pic.twitter.com/pGDQnttxxO

“Please tell JK he’s so impressive”
Jungkook deserves every praise in this world for all his hardwork ❤️.
In return,JK saying “Thank You” is too cute ?? pic.twitter.com/0hWYkMRGaA

Adele says she won’t make music “forever”: “Nobody wants to see me when I’m 95, whining and chain-smoking”