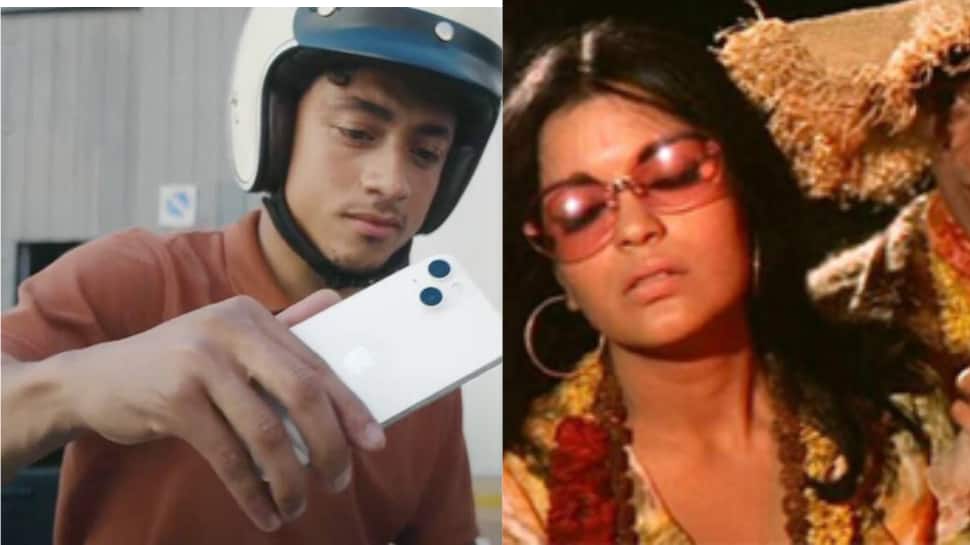 Besides the shinning new iPhone 13 range, what attracted the attention of desi netizens fans was the use of RD Burman’s ‘Dum Maro Dum’ tune at the beginning of the event, specifically at the time of introduction of the new smartphone.

Bollywood fans on Twitter were quick to point out that the popular Hindi song was played in the background while keynote speakers presented the newly announced iPhone 13 and other products.

“Did they just use the Dum Maro Dum soundtrack in the Apple launch event or did I just discover that this soundtrack is also borrowed,” said one Twitter user.

Originally released in 1971, the song was produced by singer Asha Bhosle and R.D. Burman. Users were able to sway on the tunes of the popular song for nearly 10 seconds.

1. Can a delivery boy afford an iPhone13 as shown in the ad ?

However, the song was neither the original one nor Deepika Padukone’s Dum Maro Dum. In actuality, the song was ‘Work All Day’ by Footsie. Also Read: Petrol at Rs 75 per litre, diesel at Rs 68? GST Council could discuss proposal to include fuel under GST