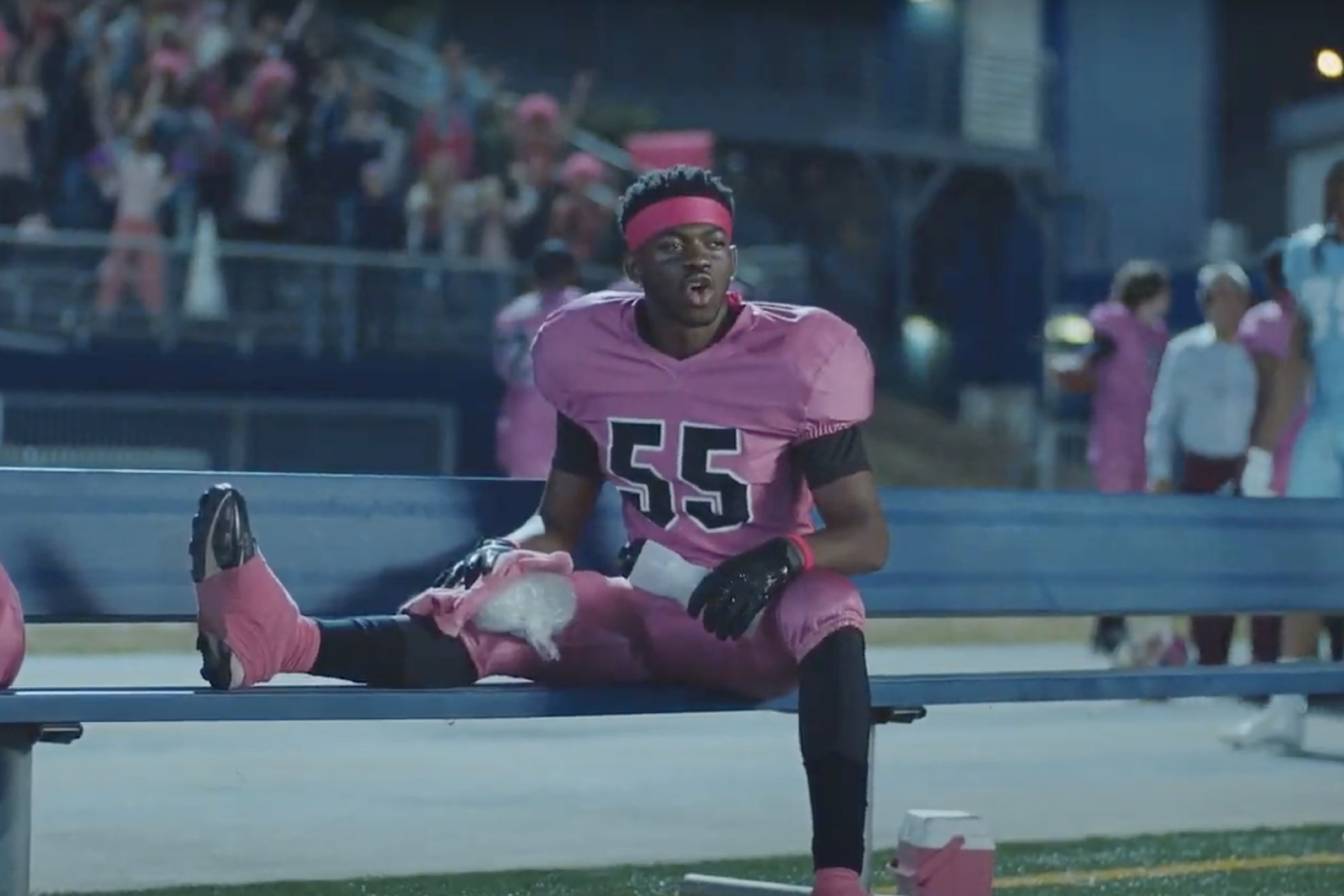 Lil Nas X has dropped his debut album, Montero, on streaming services (it officially arrives on Friday) and he’s also shared the video for the LP track “That’s What I Want.”

The Stillz-directed clip opens on the rapper-singer finding lovers on the football field and by a campfire, but by the clips end, he’s alone walking down the aisle. “I want someone to love me,” he sings. “I need someone who needs me/’Cause it don’t feel right when it’s late at night and it’s just me and my dreams/I want someone to love me.”

“That’s What I Want” follows his previously released album singles “Industry Baby” featuring Jack Harlow, “Montero (Call Me By Your Name)” and “Sun Goes Down.”

During the his promotional lead-up to his album being released, he has hilariously appeared pregnant in a series of social media posts, including one where he’s in a hospital gown that’s soundtracked to a snippet of LP song “Scoop” and he attended his baby shower featuring gifts from his album collaborators alone. He’s also dropped fake lawyer billboards boasting potential financial compensation that pointed to his album’s website, and he appeared as a talk show host of The Montero Show before the “That’s What I Want” video and Montero dropped.

Covid-19 virus test results may vary based on time of day: Study