The magic of ‘Manike Mage Hithe’ 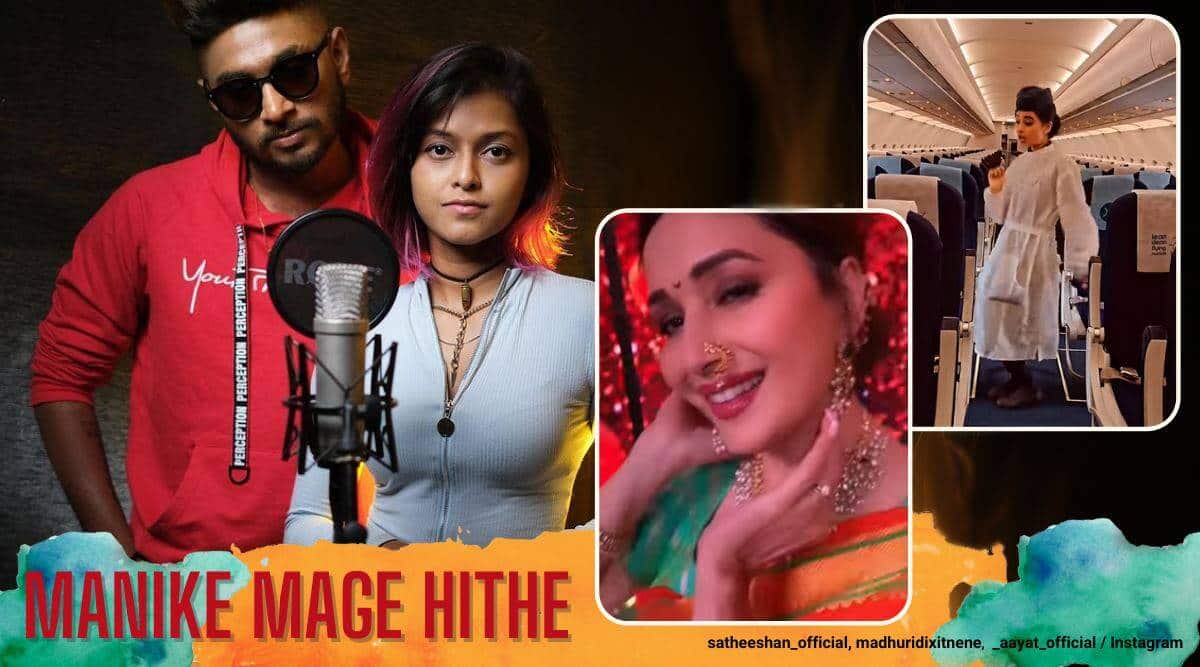 From Amitabh Bachchan and Madhuri Dixit and social media influencers to usual Instagrammers, all have hopped on to the trend of making reels with a Sri Lankan song — ‘Manike Mage Hithe’. Some have the song as background music in their videos, some have danced to it; others have simply hummed to the tune.

The current version of the viral Sinhala song was released in May 2021 and is sung by Sri Lankan singer-rappers Yohani and Satheeshan, who became overnight sensations not only in Sri Lanka but also in India.

Not many, however, know that the song was originally released in Sri Lanka as a single in July last year and was produced by music producer Chamath Sangeeth – and not by Yohani whose version of the song is currently viral. The original was sung by singer Satheeshan along with rapper Dulan ARX, who is also the lyricist of the song.

Speaking about the making of the original song, Sangeeth said, “In 2020, Satheeshan had requested me to produce a song for him. When he came back to me five months later, I did not like the song I had produced for him, and so the music underwent drastic change for a week. I made a new song which is the original version of Manike Mage Hithe so that it matched his voice.”

The Sri Lankan music producer said that Dulan ARX was roped in to write the lyrics for the song and was also asked to rap to make the song creative.

The song, Sangeeth said, talks about a beautiful girl in a rural village in Sri Lanka. “The boy who sings the song is in love with this girl and he tells her not to ignore him and make him lose his feelings,” he said.

The music video directed by Hasith Aryan featured Madushi Soysa, Kasun Tharaka and Ruwan Priyadarshana. “Since we felt that the song will be a great hit, we got in Hasith Aryan to do the music video for the song,” Sangeeth added.

After a year since the release of the original song, Sangeeth got together with Sri Lankan singer-rapper Yohani to release a duet cover of the same song in May 2021 featuring the original singer Satheeshan.

“We collaborated with Yohani when we were amidst a lockdown, as we were unable to go out. The cover was done in the most simple way with what was available to us at that time,” Sangeeth said.

Since its release, this version of ‘Manike Mage Hithe’ has not only become one of the most popular tunes for Instagram Reels in India but has also become a hit on streaming platforms such as Apple Music, Amazon Music and Spotify. It has also crossed over 100 million views on YouTube. It became Number 1 in iTunes’ top 100 in Sri Lanka, India and Maldives, top viral 50 in Spotify India and Spotify Global.

Chamath Sangeeth said that he never imagined that this version would make it this far and become an overnight sensation. “Manike Mage Hithe is the only song that has become a viral hit outside the country (Sri Lanka) which is the first for Sri Lanka’s music industry.

“It still feels like a dream to me to have achieved this much success and I am unbelievably happy,” Sangeeth said.

Every now and then, a trend goes viral on Instagram Reels that is becoming extremely popular in the country. ‘Manike Mage Hithe’, which was released in May this year, is one such trend.

From music producer Yashraj Mukhate’s cover, to a video of an air hostess dancing to the song on an empty plane, the number of people who hopped on to the trend increased over the last few weeks, simultaneously increasing the views of each video.

Since the song that went viral was the cover sung in Sinhalese, several YouTube artists felt that putting out versions of the song in different Indian languages would reach a wider range of audience.

One such artist was Anas Shajahan from Kerala. “As soon as I heard the song on Instagram, I felt that making a cover of it would reach a larger audience,” he said.

“I rewrote the song in Malayalam and since Yohani did not know the language, I had to teach her the words in both Malayalam and Tamil,” Anas said.

“The version which Anas did with Yohani is a great success. He has a great voice and the lyrics were good. There were a lot of comments on Yohani’s page to go for a Tamil version of this song as well. This prompted me to invite him to do the official Tamil version for Manike Mage Hithe,” Sangeeth said.

There have been multiple other versions by different singers that have gone viral with millions of views. Some opted to directly translate the Sinhalese song into Hindi or other regional languages and some artists gave their own twist and meaning to the song.

Pune-based singer-rapper Muzistar released a Hindi version on July 30. The song was sent to Muzistar by a friend of his and he fell in love with it and thought that the song was melodious.

“Writing the lyrics was the hard part and it took me two days to do it. I retained Yohani’s portions of the song and replaced the male part with my own writing,” Muzistar said.

While Muzistar’s version has now been removed from YouTube, his Hindi version became famous, making even Bollywood star Amitabh Bachchan to share it. “When I found out that the legend Amitabh Bachchan had shared my version of the song, I began to tear up. Though I was extremely happy, I also shed happy tears,” he said.

When asked how Chamath Sangeeth felt about the number of Indian versions being made on his song, he said, “I’m truly honoured and happy that they have remade my song in all these languages. As far as I’ve heard, this song has been remade in around 75 versions.”

“This song is made in many languages along with this Hindi version that you know of. But none of them are recognised versions of this song apart from the Tamil/Malayalam one,” Sangeeth said.

Most of the social media users admitted that they did not understand the language or meaning of the song, but that did not stop them from getting addicted to it.

Amrit Ramnath, a singer-composer based out of Chennai, says the simplicity of Manike Mage Hithe was what attracted him the most. “I think the song is very catchy and accessible, which is why it works so well even though it’s not a very commonly known language,” he said.

He believed the beauty of accessible music such as this song was that it traverses across language and culture. “The song would have been a hit even if it was in an even lesser-known language simply because of the melodic structure and recall value of the song,” Amrit said.

With the success of Manike Mage Hithe in India, the question of ‘will the song pave the way for more collaboration between Indian and Sri Lankan artistes?’ naturally arises.

Sangeeth said, “I would definitely think that we will have more collaboration in the future between the Indian and Sri Lankan artistes as India is our neighbour and a very friendly country. Our Sri Lankan artistes have had a history of working with Indian artistes before. Manike Mage Hithe has created a great environment today for artists to work together and I think that only now Indian fans have started loving Sinhala songs.”

Chamath reveals there are plans to make an official Hindi version of the song and discussions are underway with – Series for it. He confirms Yohani has not collaborated with anyone apart from Anas Shahjahan and Satheeshan.

He believes ‘Manike Mage Hithe’ has created more avenues for him to showcase his talents. “I have had collaborations with Indian artists like Salman Ali, Haricharan, Pragathi Guru Prasad, even before this song, and you will be able to see more collaborations in the future,” he said.