A relationship tied to Sharia law 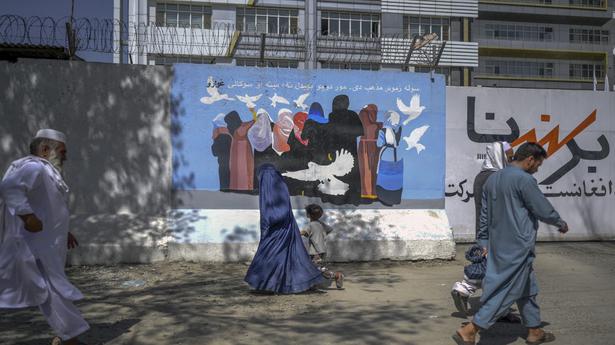 The recent political developments in Kabul are enough to justify that the so-called “new” Taliban’s approach to women is not going to be any different from the “old” Taliban that governed Afghanistan from 1996 to 2001. It became apparent when Zabiullah Mujahid, its spokesperson, tied the issues of women’s freedom in the “new” Afghanistan with Sharia law while addressing the Taliban’s first press conference. The international community needs to recognise that the “new” Taliban, like its predecessor, has not occupied power to rebuild Afghanistan as a modern nation state based on core democratic values, but to colour the Afghanistan society with its own extreme version of Islam. The Taliban is an ideological movement. Like all such movements, it is making strategic compromises by manoeuvring through rhetoric.

At the heart of this crisis lies the issue of the relationship between women and religion, which feminists of various shades continue to debate. Genuine emancipation of women, some argue, lies outside religion because all religions are inherently patriarchal. Others recognise the prevalence of enough moral resources in various religions, including Islam, that could be marshalled for gender rights. Scholars sympathetic to Islam often attribute its anti-women tendencies to flawed interpretations of the women’s role in Islamic texts. Feminist movements in various parts of the world, including Egypt, Iran and even in India, often cite various Islamic sources, at times even practices from Prophet Mohammed’s life, to make a case for encouraging prospects for gender rights in Muslim societies. Some describe this as Islamic feminism because white feminism that originated in the West has its own share of problems. And the one size fits all approach does not work.

Moroccan feminist Fatima Mernissi’s book, Women and Islam: An Historical and Theological Inquiry, articulates fascinating perspectives on the relationship between women and Islam. She makes a persuasive case on why the West has been unfair in singling out Islam as “anti-women”. By engaging with various classical sources, she blames the misinterpretation of Islamic texts and its intellectual history as the reason behind such biases against Islam. She talks about Aisha, the Prophet’s wife, her role in the power struggle, and how she led armed opposition against the Caliph who ruled at the time. According to her, “Aisha, in fact, played key role in the lives of two Caliphs — and she contributed to the destabilization of the third, Uthman, by refusing to help him when he was besieged by insurgents in his own house.” This narrative contradicts the Taliban’s argument, which denies Muslim women any public role in governance or its politics.

The Taliban’s resurgence has the potential to sway the global opinion about Muslim societies as being intrinsically “anti-women”. However, Muslim-majority societies further present encouraging evidence about the women’s pre-eminent roles in various fields, including governance. For instance, Benazir Bhutto in Pakistan or Sheikh Hasina in Bangladesh have played seminal roles. Some would attribute class as a factor in their rise, but a majority of clergy and Muslims in general embrace their roles as normal and not a violation of Islamic tradition. These instances are counter-factual to the Taliban’s regressive claim that Muslim women have no place as professionals in Islamic societies.

One major failure of the U.S.-led intervention in Afghanistan for 20-odd years has been the failure of liberal Islam to gain adequate roots in Afghanistan to counter the Taliban’s extreme patriarchal narrative of Islam. Unfortunately, liberal Muslims as champions of liberal Islam often do not find solidarity with liberals from non-Muslim communities for their cause due to the misconception that conservatives and clergies call the shots in Muslim communities. Hence, dominant stakeholders consider it politically incorrect to back liberal Muslims. Such a perception motivated the passage of the Shah Bano Bill in India during the 1980s, and liberal Muslims were abandoned by a dominant fraction of the power-hungry liberals of the majority community and by the Indian state.

The women groups that are active in present Afghanistan need proactive support from the international community. Without such support, they will not be able to smash their new prison.

Dr. Shaikh Mujibur Rehman teaches at Jamia Millia Islamia. He is the author of the upcoming book, Shikwa-e-Hind: The Political Future of Indian Muslims

Anyone else having second thoughts about Brexit? | Sean O’Grady

On Vaccines, It’s Tightrope Walk for India Balancing Quad Promise and Jabs for Own Citizens