‘Begged them to not shoot youngsters’: Nun kneels in entrance of Myanmar police to cease violence 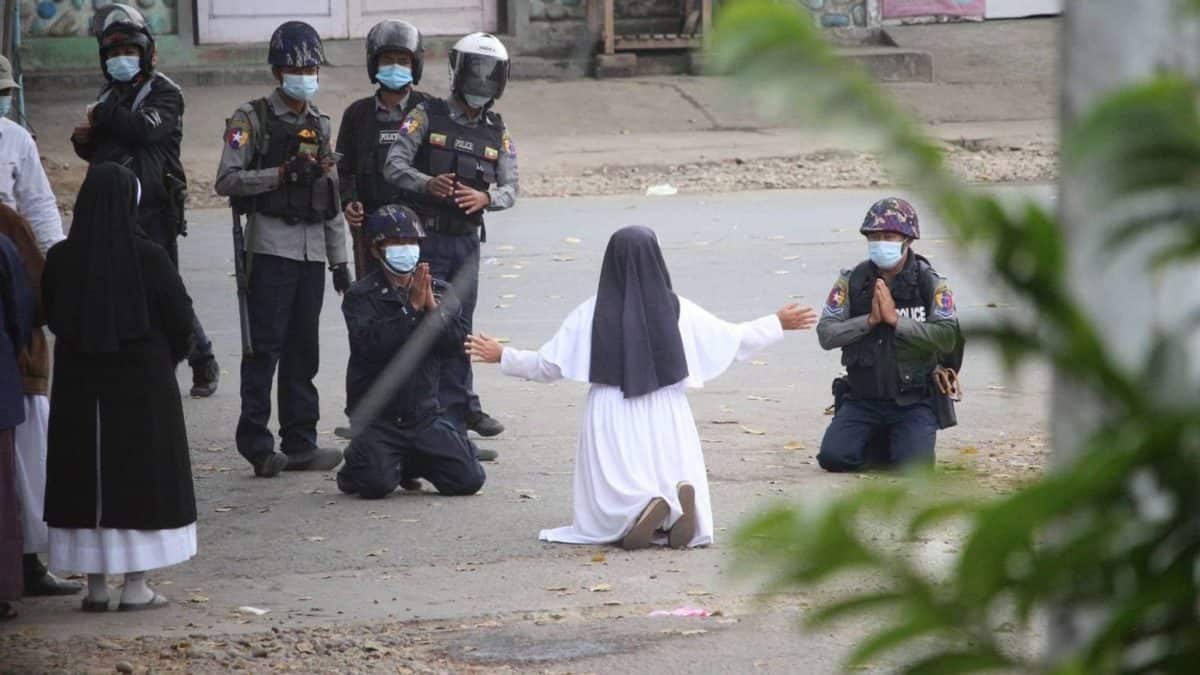 A nun went down on her knees in entrance of policemen in a northern Myanmar city and pleaded them to cease capturing protesters agitating towards final month’s coup.

Video confirmed Sister Ann Rose Nu Tawng in a white gown and black behavior kneeling on a road within the city of Myitkyina on Monday, talking to 2 policemen who have been additionally kneeling.

“I stated, I don’t need to see any bother right here and may’t depart if police don’t depart,” she stated. “I begged them to not shoot the kids.”

Tawng and one of many policemen then touched their foreheads to the bottom.

No less than two protesters have been killed by gunshots on the head and three others have been injured within the city on Monday, witnesses stated.

Over 60 individuals have been killed and greater than 1,800 detained within the crackdown on protests towards the Feb. 1 coup, an advocacy group has stated.