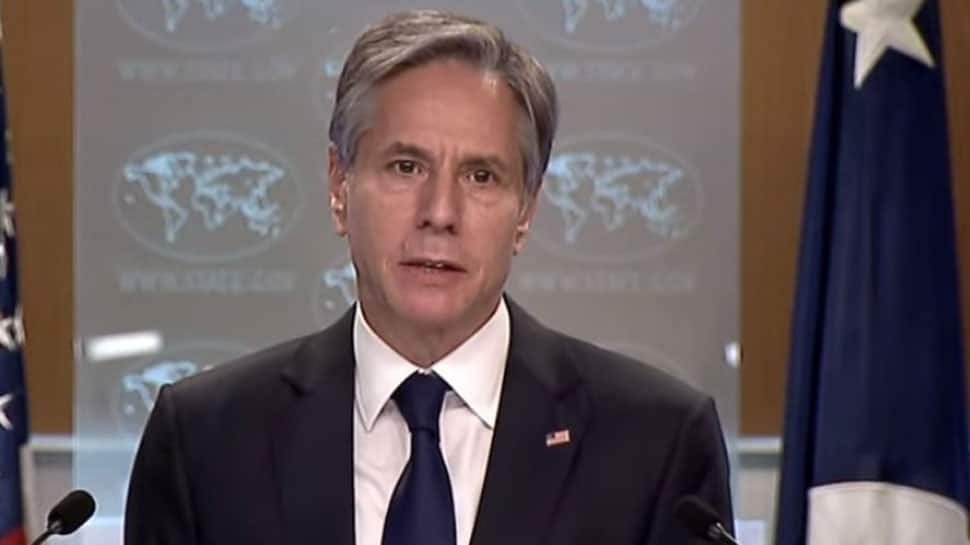 Washington: Noting that Pakistan has “harboured” members of the Taliban including the terrorists from the proscribed Haqqani network, US Secretary of State Antony Blinken has said that Islamabad needs to “line up” with a broad majority of the international community regarding Afghanistan.

Blinken made the remarks during his first testimony before Congress since the Taliban took control of Kabul. The top US diplomat laid out the Biden administration`s posture toward the Taliban in remarks to the House Foreign Affairs Committee.

When asked about how the US sees Pakistan`s involvement in Afghanistan, Blinken said Pakistan has a “multiplicity of interests”, including some that are in “clear conflict” with that of the United States.

He added that India`s involvement in Afghanistan has influenced some “detrimental” actions by Pakistan. Pakistan has been accused of providing overt and covert support to the Taliban.

Early this month, former Afghan vice president Amrullah Saleh asserted that the Taliban are being micromanaged by Pakistan notorious intelligence agency–the ISI, adding that Islamabad is in charge of the war-ravaged country effectively as a colonial power.

During the testimony, US lawmaker Bill Keating reminded Pakistan Prime Minister Imran Khan`s remarks after the Taliban seized control that “Afghanistan had broken the shackles of slavery”.

He said that Pakistan`s ISI had such strong ties in cooperation with the Haqqani Network, “responsible for so many things including the deaths of some of our soldiers, and even recently when the Taliban took over in the last month”.

“Prime Minister Khan claimed Afghanistan had broken the shackles of slavery. So we used to always hear diplomatically that we have a complicated relationship with Pakistan. I would say it`s often duplicitous,” he said.

Keating asked Blinken: “How do we reassess that relationship how we, how we learn from their actions. And when we go forward. What do we do, what are some of the big issues that we should have stakes in the ground that we should have in dealing with Pakistan and the way they`ve acted over these decades.”

To which, Blinken said Pakistan is involved in “hedging its bets constantly” about the future of Afghanistan.

“It`s one that`s involved harbouring members of the Taliban, including the Haqqanis. It`s one that`s also involved at different points, cooperation with us on counterterrorism, and so there are a number of things that have come into play it. It has a multiplicity of interests, some that are in conflict, clear conflict with ours,” he said.

“When it comes to Afghanistan, it`s focused, of course as well, on, on India and the role that India is playing in Afghanistan, and it looks at it through that prism as well. All of these things, I think, have influenced what it has done on many occasions detrimental to our interests. On other occasions in support of those interests,” he added.

The US top diplomat said that if the Taliban want any legitimacy or any support going forward, it must ensure freedom of travel to include making good on its commitments on not allowing Afghanistan to be used as a haven for outward-directed terrorism to include upholding the basic rights of the Afghan people.

“What we are looking is an insistence that every country, including Pakistan, make good on the expectations that the international community has of what is required of a Taliban led government,” he said.

“And so Pakistan needs to line up with with a broad majority of the international community in working toward those ends, and in upholding those, those expectations,” he noted.

When another US lawmaker asked if it was time for the US to reassess its relationship with Pakistan given it has provided support to the Taliban, the US top diplomat said: “We are going to be looking at in the days and weeks ahead, the role that Pakistan has played over the last 20 years, but also the role that we would want to see it playing in the coming years”.