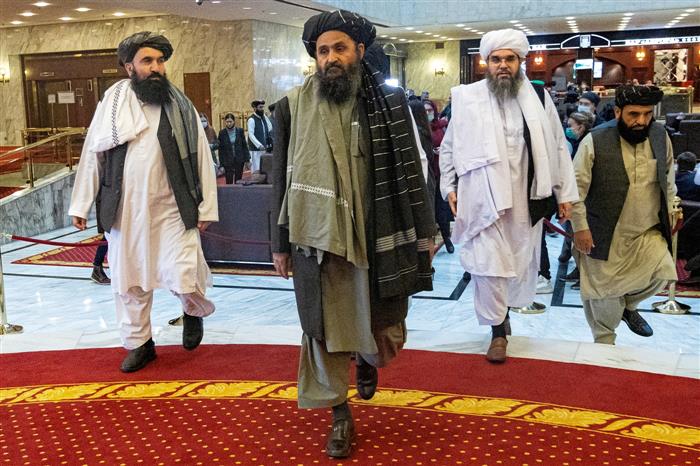 A major row broke out between leaders of the Taliban over the make-up of the group’s new government in Afghanistan last week, BBC reported.

The argument between the group’s co-founder Mullah Abdul Ghani Baradar and a Cabinet member happened at the presidential palace, the report said.

US looking at India to secure staging post for Afghanistan strikes, if needed: Antony Blinken

One month after fall of Kabul, economic crisis stalks Taliban

There have been unconfirmed reports of disagreements within the Taliban’s leadership since Baradar disappeared from public view in recent days.

One Taliban source told BBC Pashto that Baradar and Khalil ur-Rahman Haqqani—the minister for refugees and a prominent figure within the militant Haqqani network—had exchanged strong words, as their followers brawled with each other nearby.

The Taliban sources told the BBC that Baradar had left Kabul and travelled to the city of Kandahar following the row.

A senior Taliban member based in Qatar and a person connected to those involved also confirmed that an argument had taken place late last week, the report said.

The sources said the argument had broken out because Baradar, the new deputy prime minister, was unhappy about the structure of their interim government.

It has been said that the row stemmed from divisions over who in the Taliban should take credit for their victory in Afghanistan.

Baradar reportedly believes that the emphasis should be placed on diplomacy carried out by people like him, while members of the Haqqani group – which is run by one of the most senior Taliban figures – and their backers say it was achieved through fighting.

Meanwhile, the powerful Haqqani network is associated with some of the most violent attacks that have occurred in Afghanistan against Afghan forces and their Western allies in recent years. The group is designated by the US as a terrorist organisation.

Its leader, Sirajuddin Haqqani, is the interior minister in the new government.

Rumours about a fallout have been spreading since late last week, when Baradar – one of the best-known faces of the Taliban – disappeared from public view. There was speculation on social media that he might have died.

Sources told the BBC that Mr Baradar was expected to return to Kabul and might appear on camera to deny that any argument had happened.

Speculation remains over the Taliban’s supreme commander, Hibatullah Akhundzada, who has never been seen in public. He is in charge of the Taliban’s political, military and religious affairs. — IANS

Anyone else having second thoughts about Brexit? | Sean O’Grady