Are the Los Angeles Lakers and Brooklyn Nets destined to meet in the 2022 NBA Finals? 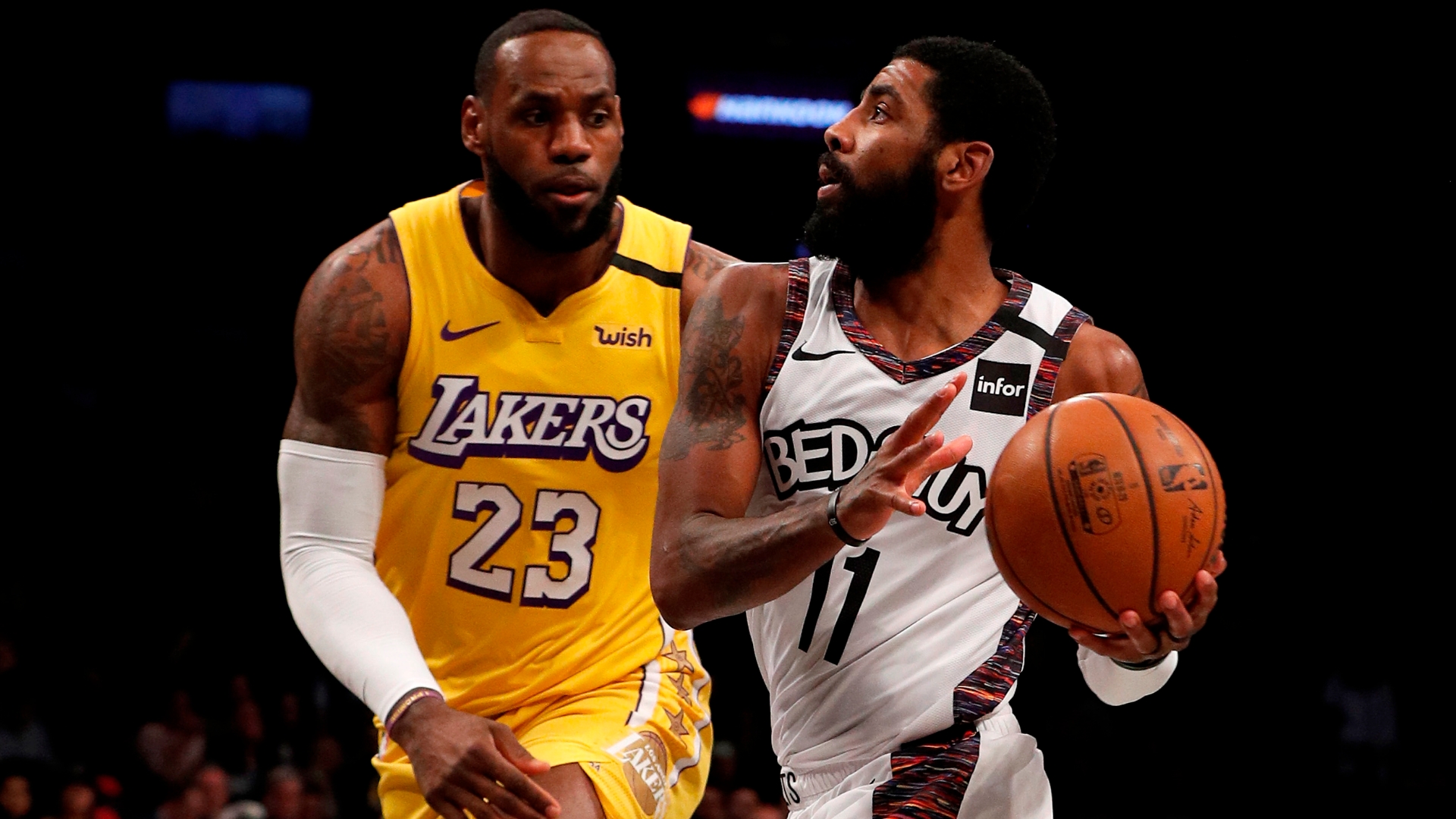 Every so often, there comes an NBA season when the two finalists from each conference appear to be a forgone conclusion.

Injuries are an unpredictable variable every year and derail a team’s title aspirations, but certain franchises contain the talent and depth to overcome such adversities. That’s how they become consensus favourites among experts and stakeholders.

A recent example occurred not long before when the Golden State Warriors and Cleveland Cavaliers seemed to be on a collision course for the 2017 NBA Finals after the Warriors added Kevin Durant to compete with the reigning champion-Cavaliers. A few years prior, the same could be said about the San Antonio Spurs and Miami Heat in the 2014 NBA Finals after also battling it out in the Finals the year prior.

This is not to say that either of these teams didn’t have any competition within their conference, they were just expected to prevail over any intraconference threat regardless of injuries or unforeseen circumstances.

Heading into the 2021-22 season, the Lakers and Nets are giving off a similar aura. Coming off of spectacular offseasons, they look set to emerge out of their respective conferences and contend for the 2022 NBA title.

Both teams were already packed with superstars who could rank among the league’s top-15 players, but in the 2021 offseason, they retooled with complimentary supporting casts to get even better.

For a third straight offseason, since signing LeBron James in the summer of 2018, the Lakers were one of the most active teams in the offseason. Undoubtedly, the biggest and most influential transaction from their 2021 activity was acquiring superstar point guard Russell Westbrook, adding him to their current superstar duo of LeBron James and Anthony Davis.

MORE: For Westbrook, homecoming with Lakers is a blessing

As part of the trade, they also received three future second-round picks in exchange for Kentavious Caldwell-Pope, Montrezl Harrell, Kyle Kuzma and the draft rights to Isaiah Jackson.

Subsequently, the franchise made quick-fire signings in free agency, including a number of former Lakers that not only addressed their other concerns such as shooting and defence but also fit with their Big 3. The Lakers signed players such as Trevor Ariza, Dwight Howard, Wayne Ellington, Kent Bazemore, Kendrick Nunn, Carmelo Anthony, Malik Monk and Rajon Rondo   while re-signing young guard Talen Horton-Tucker.

These signings make them the oldest roster for the league’s 75th season, and by a sizeable margin. This has been a major topic of discussion  regarding their contention, will the wear-and-tear on their bodies give in to the grind of an NBA season or will their experience help them overcome all adversities en route to a title?

If they go on to win the title with this roster, they could go on to be among the oldest teams to do so .

The Nets were stacked in the 2020-21 season but injuries played spoiler and didn’t allow them to legitimately contend for the championship.

The team already had great compatible role players in Joe Harris, Bruce Brown and Nicolas Claxton to complement their Big 3 of Kevin Durant, James Harden and Kyrie Irving. In the offseason, they brought back key veterans who were part of their 2020-21 roster following contract buyouts, such as Blake Griffin and LaMarcus Aldridge.

However, arguably their biggest acquisition of the summer was Patty Mills, a veteran guard who has the ability to catch fire and lead the second unit. Other key signings include DeAndre’ Bembry, James Johnson, Paul Millsap and Jevon Carter, all of whom give their team incredible all-around depth.

Over the past couple of decades, the Western Conference has been the stronger and deeper conference. However, for the upcoming 2021-22 season, long-term injuries to key players on potential title contenders like Jamal Murray (Denver Nuggets), Kawhi Leonard (LA Clippers) and Klay Thompson (Golden State Warriors) has shallowed the pool.

With no other franchise taking a major step, that leaves last year’s top-seeded Utah Jazz and the reigning Western Conference champion Phoenix Suns as the main roadblock in the Lakers’ path to the Finals.

Neither Utah nor Phoenix have made significant changes in the 2021 offseason. While that could work for the Suns, who were just a couple of wins shy of winning their first-ever NBA championship in franchise history, it’s difficult to see the Jazz, with the same core for nearly four seasons now, break through and emerge as a title contender, especially following their disappointment in the 2021 NBA Playoffs.

Having said that, I believe the Lakers’ talent level and depth, at least on paper, looks superior to either the Suns or Jazz.

Then, there’s always the “bet against LeBron at your own risk” factor. Only twice since 2010 has LeBron failed to make the NBA Finals and both of those times, he suffered injuries during the season – a groin injury in 2018-19 and an ankle injury in 2020-21. Barring any ailments in his 19th season, the King will be going into an NBA year with an elongated rest, which proved to be beneficial for the Lakers in winning the 2021 NBA championship.

In the East, which seems to be a lot deeper this season, I believe the Nets have two legitimate competitors in the Miami Heat and the reigning NBA champion Milwaukee Bucks. As great as last year’s MVP runner-up Joel Embiid is, it’s difficult to see the Philadelphia 76ers contend for a title unless they resolve their situation with their other superstar, Ben Simmons.

While the Heat were among the biggest winners in the East this offseason, adding veterans like Kyle Lowry, PJ Tucker and Markieff Morris to their current core that is centered around Jimmy Butler and Bam Adebayo, the Nets (again, on paper, at least) seem to be the more multi-dimensional, deeper two-way roster.

Meanwhile, the Bucks have had a relatively quiet offseason. Yes, as per Rudy Tomjanovich’s famous saying, “we shouldn’t underestimate the heart of a champion,” but I fear the Bucks, if they are matched up against the Nets in the 2022 NBA Playoffs, will be playing uphill given the depth and talent on the Nets’ roster.

The views on this page do not necessarily reflect the views of the NBA or its clubs.