Chris Webber Says Allen Iverson Was His Best Teammate Ever 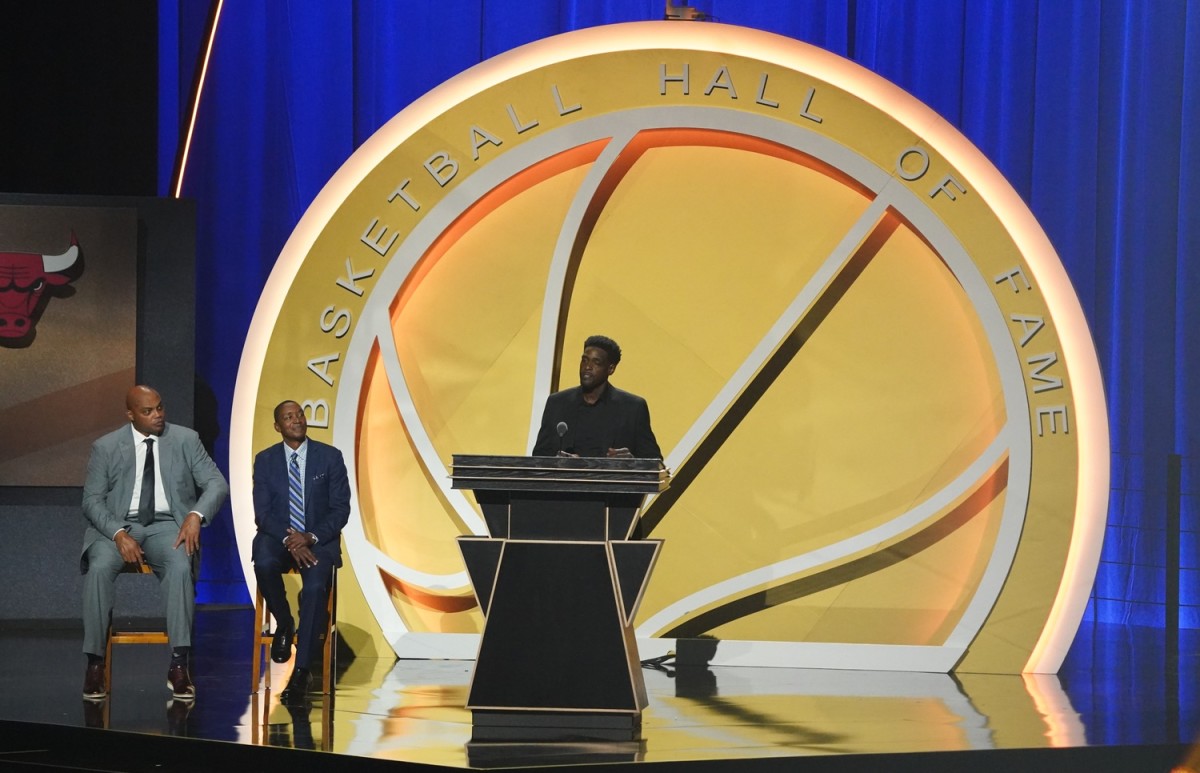 The NBA community gathered Saturday night to induct the class of 2021 into the basketball Hall of Fame. Among the inductees were Chris Bosh, Chris Webber, Ben Wallace, and Paul Pierce.

While many remember Webber as a member of the Sacramento Kings, he played for five different franchises during his 15-year career. One of those teams being the Philadelphia 76ers.

Following a six-year stint with the Kings that resulted in four All-Star nominations, Webber got traded to Philly halfway through the 2005 season. The hope was that he could help aid Allen Iverson in leading the Sixers deep into the postseason.

Leading up to his Hall of Fame induction, Webber sat down with Shams Charania of The Athletic. During the interview, he reflected on his time in Philadelphia and sharing the floor with Iverson.

“A.I. is the best athlete that I’ve ever seen in my life. He’s the best player I’ve ever played with, Period,” said Webber.

Despite his reputation off the court, there is no denying how special of a player Iverson was. Still to this day, he is viewed as the best player ever pound-for-pound. Very few players have left their mark on the game the way Iverson did.

This is some high praise for the six-foot guard from Georgetown. Webber played on some historically good teams during his time in basketball. Between the ‘Fab Five’ at Michigan and the peak Kings teams, Webber has played alongside a plethora of talented players. For him to say Iverson is the best teammate he’s ever played with is a major compliment.

Kevin McCormick covers the Philadelphia 76ers for South Jersey’s 97.3 ESPN and Sports Illustrated. You can follow him on Twitter: @KevinMcCNBA.