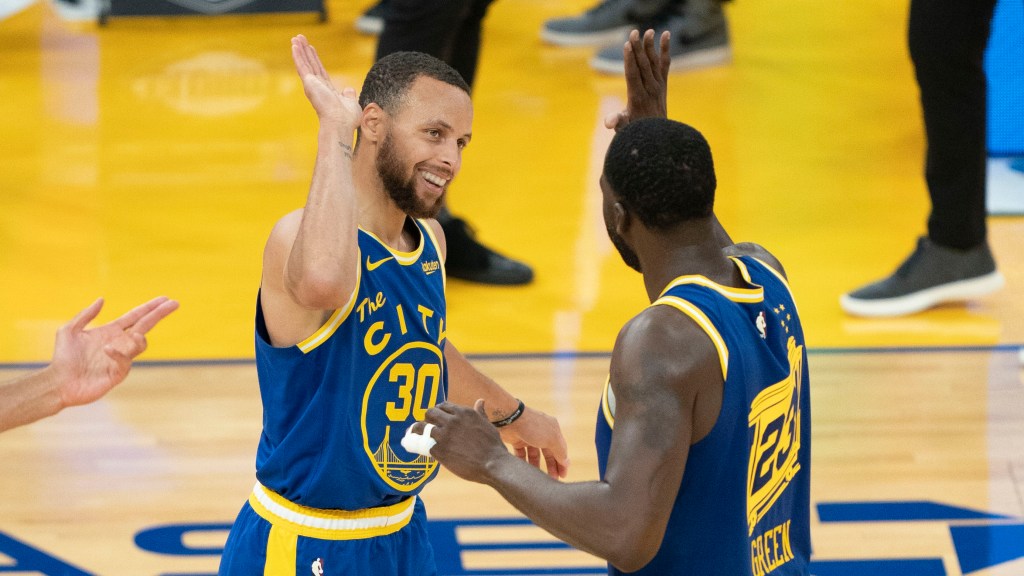 After a disappointing end to the 2020-21 campaign with back-to-back losses in the Western Conference postseason play-in game, the Golden State Warriors are just around the corner from the start of a new season.

With the opening of the 2021-22 season looming, it’s prediction time for how the standings will shake out in the association. On Wednesday, ESPN’s “expert panel” released win-loss record predictions for teams in the Western Conference, including the Warriors.

The Warriors were the final team listed in ESPN’s “contender tier” at No. 6 with a projected record of 48-34. The Utah Jazz landed the top spot in the conference with a projected record of 55-27. ESPN predicted the Los Angeles Lakers, Phoenix Suns and Denver Nuggets to fall in the top four, all with 50 or more wins. The Dallas Mavericks rounded out the top-five, one spot ahead of Golden State despite having the same record.

The Warriors seem far removed from their run of five straight Finals trips, considering Golden State hasn’t made the playoffs the last couple of years. But Stephen Curry is still in peak form, and his fellow Splash Brother Klay Thompson is anticipated to return at some point several weeks into the season after missing the last two due to knee and Achilles injuries.

While Klay Thompson’s return alongside Steph Curry will likely be the headliner of the Warriors 2021-22 season, Steve Kerr and Bob Myers have been busy adding new faces in the offseason that could help the team compete for a run back to the postseason.

After landing top prospects Jonathan Kuminga and Moses Moody in the 2021 NBA draft, the Warriors brought in three key veterans that could fill in alongside Curry, Thompson and Draymond Green. The additions of proven players like Otto Porter Jr., Nemanja Bjelica and Andre Iguodala will likely play a significant role in Golden State’s attempt to get back into the playoff dance.

The Warriors will open the 2021-22 season against LeBron James, Anthony Davis, Russell Westbrook and the new-look Lakers on Oct. 19.