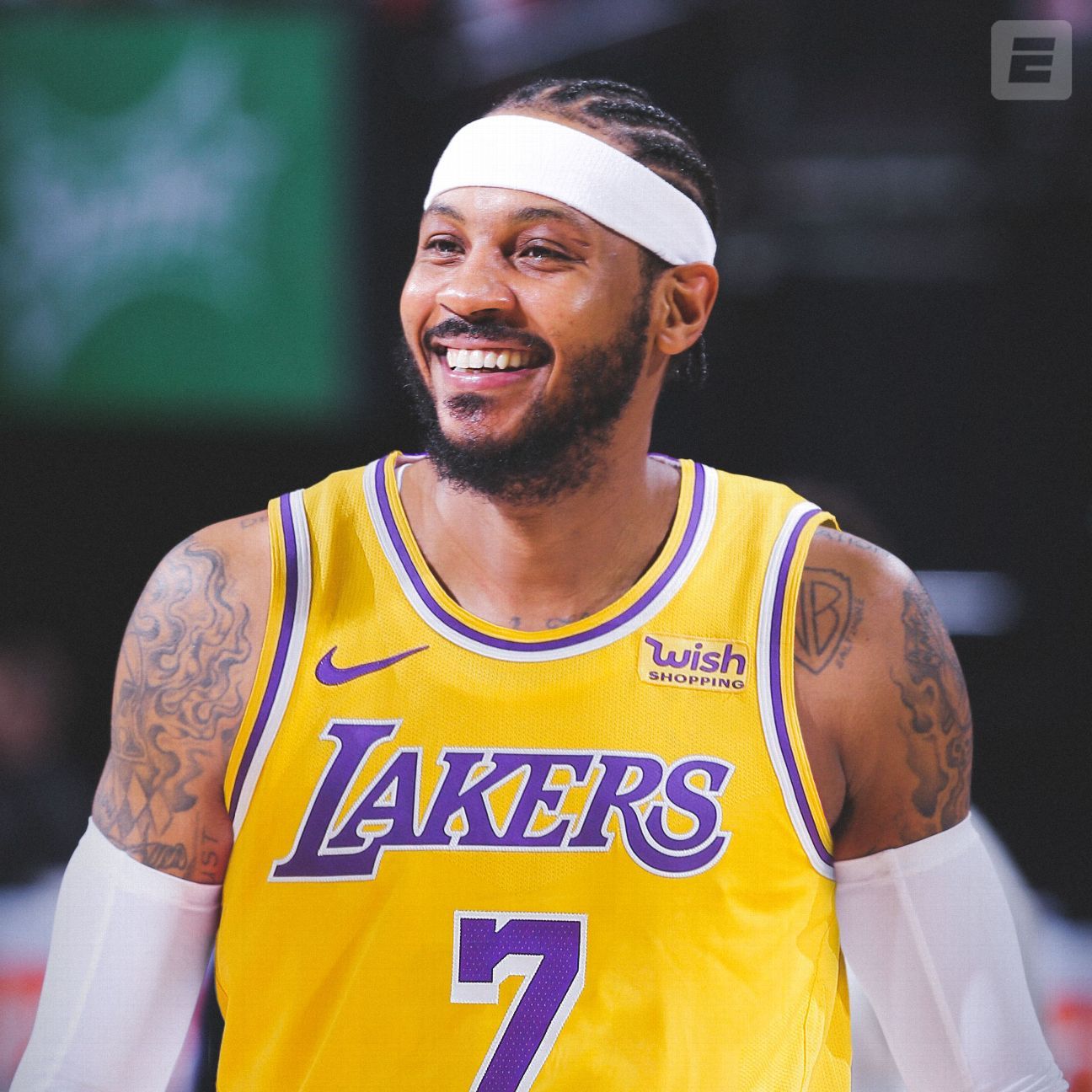 The NBA’s 10th all-time leading scorer didn’t expect to make it as a pro in his younger days.

On Tuesday, Carmelo Anthony, who will play out his 19th NBA season with the Los Angeles Lakers, reflected on his path to the league on NBC’s 3rd Hour of Today. The 2012-13 scoring champion joined the show to discuss the release of his memoir “Where Tomorrow’s Aren’t Promised,” which detailed Anthony’s upbringing in the housing projects of Red Hook and Baltimore.

In fact, basketball wasn’t the first sport Anthony fell in love with. Hoops was a fun hobby for him to enjoy prior to leading Syracuse to an NCAA championship as a freshman in 2003.

A few months later, Anthony was taken third overall by the Denver Nuggets as part of the legendary 2003 NBA Draft class. This season, he will be teammates with longtime friend, fellow draftee and four-time NBA champion LeBron James.

Anthony shared stories of how racism, violence and a troubled education system affected his youth.

“I just think it wasn’t reachable – that goal wasn’t reachable. To be one out of 435 players to come out every year and be a part of that fraternity, them numbers scare you. And that’s all you was told; that you’d never be that. You got to be special to make it to the NBA. So, I just thought being part of my environment and growing up where I was growing up at, they wasn’t coming to get me out of there.”

Despite his storied career, one could only wonder why Anthony picked up hoops despite baseball being so prominent in his youth.

“It was just fun,” Anthony explained about how his passion for basketball started. “That’s what we did. We played sports seasonal. Whatever sport was going on at that point in time, we played it. It was always fun, but I didn’t love it. I actually loved baseball first. My first love was actually baseball.”

Anthony, who is still seeking his first NBA championship to cap his Hall-of-Fame-bound career, reflected on the upcoming 2021-22 season as the Lakers seek an NBA record 18th title. Last season with the Portland Trail Blazers, he recorded his highest 3-point percentage as a pro (40.9).

Now a reserve, the new Laker hopes to elevate a reserve unit that ranked 2nd in scoring average (40.9 points per game).

Melvin asked Anthony about the challenge of winning a title in today’s era of stars teaming up in their primes.

“The game of basketball is different where as before, when I first came into the NBA, each of us had our own organization and our own team, so we had to go out there and do it on our own,” Anthony reflected.