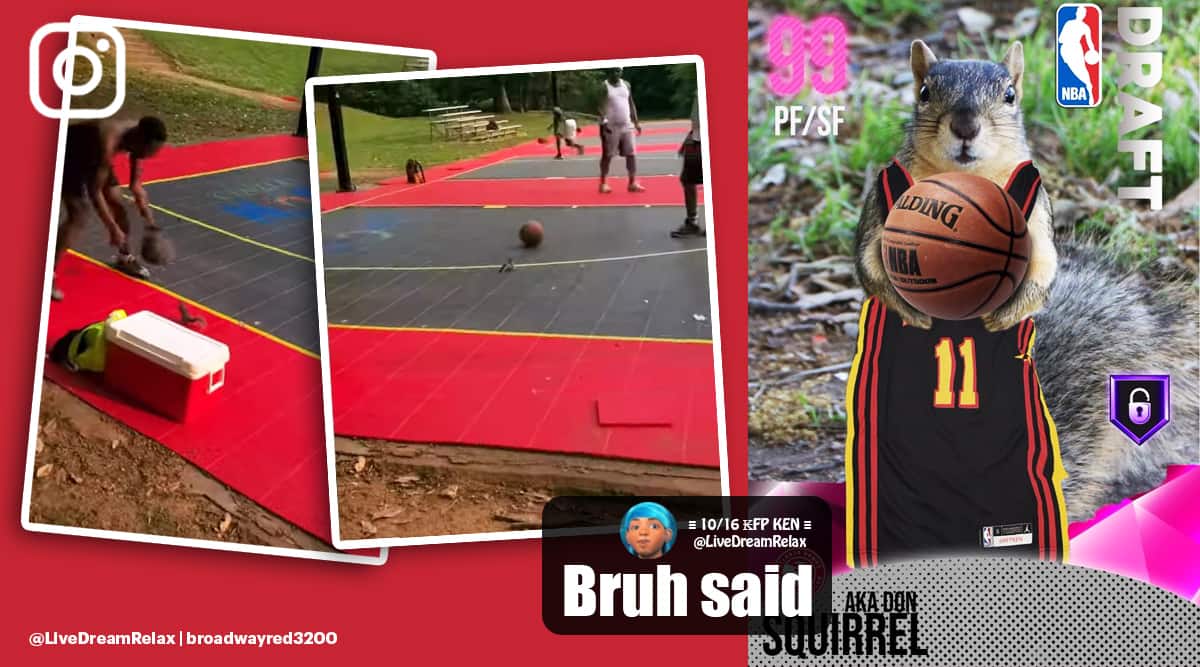 In a video going viral from Atlanta, a group of players were seen getting surprised as they witnessed the tiny animal on the court. While the  players paused the game, not wanting to hurt the animal, the squirrel clearly had other plans. It eagerly waited for the ball to roll onto the court, and pushed it with all its might.

The video showed the players gently rolling the ball towards the tiny player, as it enthusiastically pushed it every time. On one occasion, it even jumped a little and gave the ball a nudge with its tail!

“It’s a blessing, I gotta stop being mad right now, it’s a blessing…. shawty wanna play baalllll… THAT BOY AIR SQUIRREL!” a man who is off-camera is heard saying in the video.

And if that wasn’t enough to surprise everyone, the squirrel seemed to be very comfortable in human presence, taking on a player and trying to take the ball from him. Many were also left impressed by how one player exercised control over the ball, taking care not to hurt the animal.

The video amused netizens on social media, with some joking that the squirrel must be drafted into some major NBA league team. Others wondered if it was a noted basketball player reincarnated as the animal. However, as much as people loved it, many said they were worried that the ball would hurt the tiny animal.

Kobe Bryant came back as a squirrel https://t.co/gRUlgwAOjC

How embarrassing, this squirrel is better at basketball than I am 😱 https://t.co/YrRwOGi6HI

Alright. Hear me out

Ratatouille…but basketball – and it’s a park squirrel hiding in a dudes fro.

Who’s ready to go pitch this with me? https://t.co/DiACajNVnD

Imagine your girl calling you for 4 hours straight and you try explaining why you ain’t answer cause you was playing basketball with a squirrel https://t.co/JqxhJtjPdd

bro i think ive seen it all now at this point who taught this squirrel how to play basketball https://t.co/qqmzUBbqVG

He really pulled up and said:

“Ya’ll not tryna get that work, run it!” pic.twitter.com/ZteNtjSXlz

the ball bouncing so close to it boosted my anxiety everytime 😭 pic.twitter.com/gJe5OdKpV4