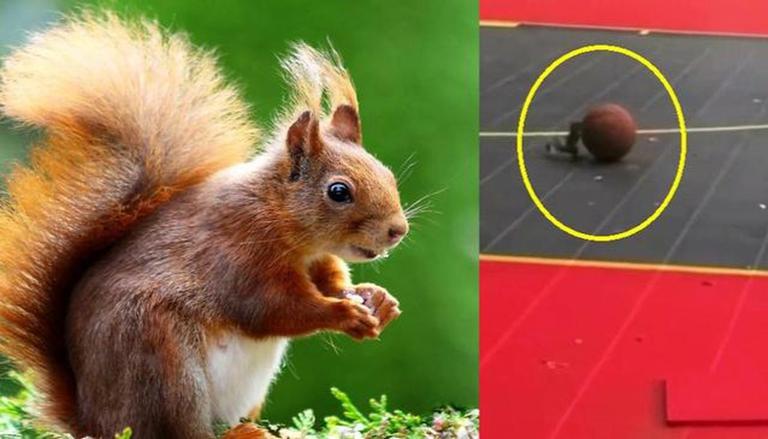 These days animals are ruling the internet by their adorable acts. Sometimes, their delightful activities are enough to bring a smile to the faces of lakhs of netizens. Usually, videos of dogs and cats go viral on social media platforms, but, this time, a cute act of a tiny squirrel has won the hearts of netizens. A one-minute video shared by a Reddit user opens with some players playing basketball in the designated court. Suddenly, a squirrel enters the court and starts wandering here and there. As the video proceeds, a player can be seen passing the ball towards the squirrel. Watch the viral video here:

Apprehending the ball coming its way, despite leaving the site, the tiny creature grabs the opportunity with both paws. After that, a player can be seen taking the ball which attracted the tiny animal to follow the moves of the ball. Shockingly, the squirrel can be seen following the moves of the ball as well as the player. In the video, a live commentary in a male voice further boosts the excitement of the video. As the video proceeds, the squirrel also comes in its form and shows its best capability to play with the basketball. However, the origin of the video is not immediately known but the amazing talent of the squirrel brought a storm on the internet.

Netizens love the cute video of the squirrel; Here’s how they reacted 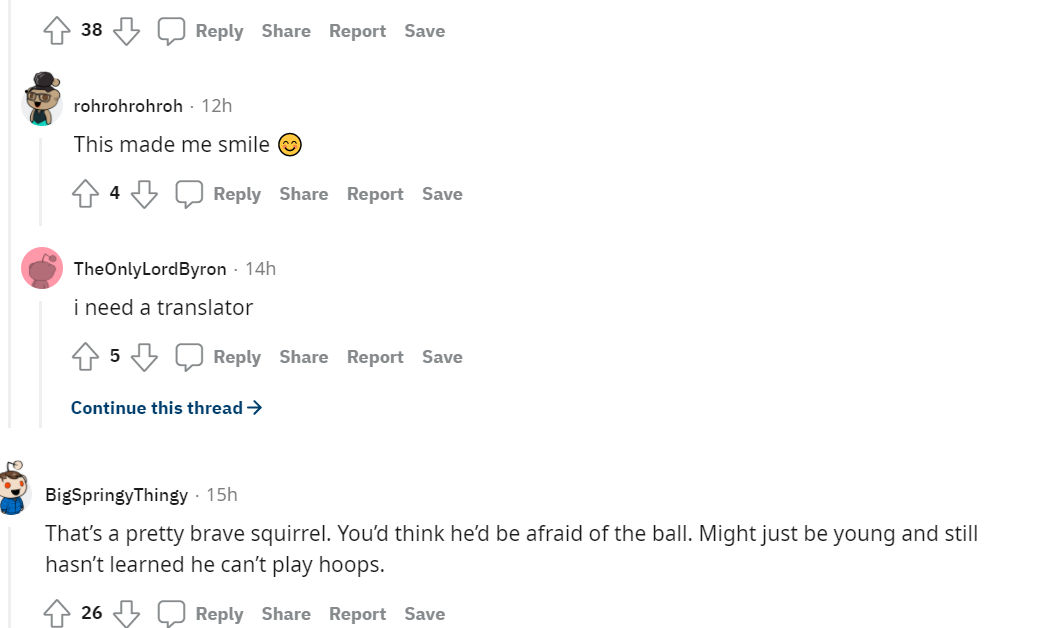 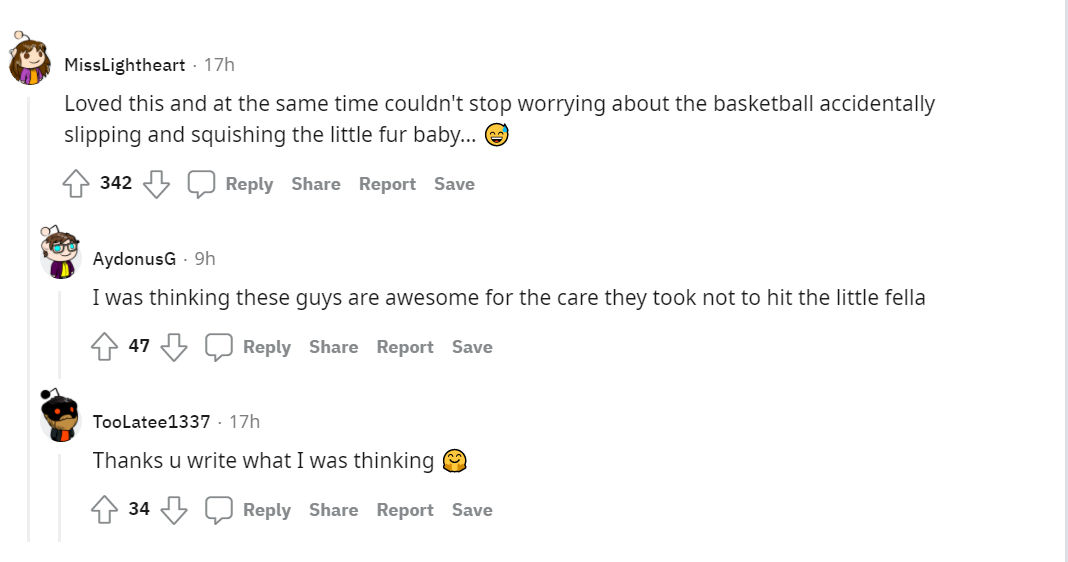 Since being shared on the social media platform, Reddit, with the caption: “Squirrel wants to play basketball”, the video has garnered over four thousand upvotes and, the count is still going on. Meanwhile, netizens could not keep calm after watching the video and jumped on the comment section with tonnes of witty comments. “Loved this and at the same time couldn’t stop worrying about the basketball accidentally slipping and squishing the little fur baby,” wrote a social media user named Miss Light Heart. “It was actually mimicking his dribbling moves … They need to find it a tiny ball it can play with and see what it does,” wrote another user. “That’s a pretty brave squirrel. You’d think he’d be afraid of the ball. Might just be young and still hasn’t learned he can’t play hoops,” commented the third user.

In the fabled story of the Tortoise and the Hare, the moral and often-repeated adage was that slow and steady wins the race. In the story, the tortoise was showcased as the ‘slowest’ creature that won the race against the most active animal, the rabbit. Though the story conveyed a life lesson, it also portrays the tortoise as the ‘slowest creature’. However, a recent video posted on a social media platform has blown the mind of netizens. In the 10-second video shared by the Instagram user, a group of tortoises can be seen roaming on a yard at high speed. Some netizens even commented that the poor animals were drugged. However, the video uploader revealed that the video was not an ‘original piece’ rather it was an ‘artistic piece’.

Get the latest entertainment news from India & around the world. Now follow your favourite television celebs and telly updates. Republic World is your one-stop destination for trending Bollywood news. Tune in today to stay updated with all the latest news and headlines from the world of entertainment.

Lakers Listed In the Top Three In ESPN’s Power Rankings