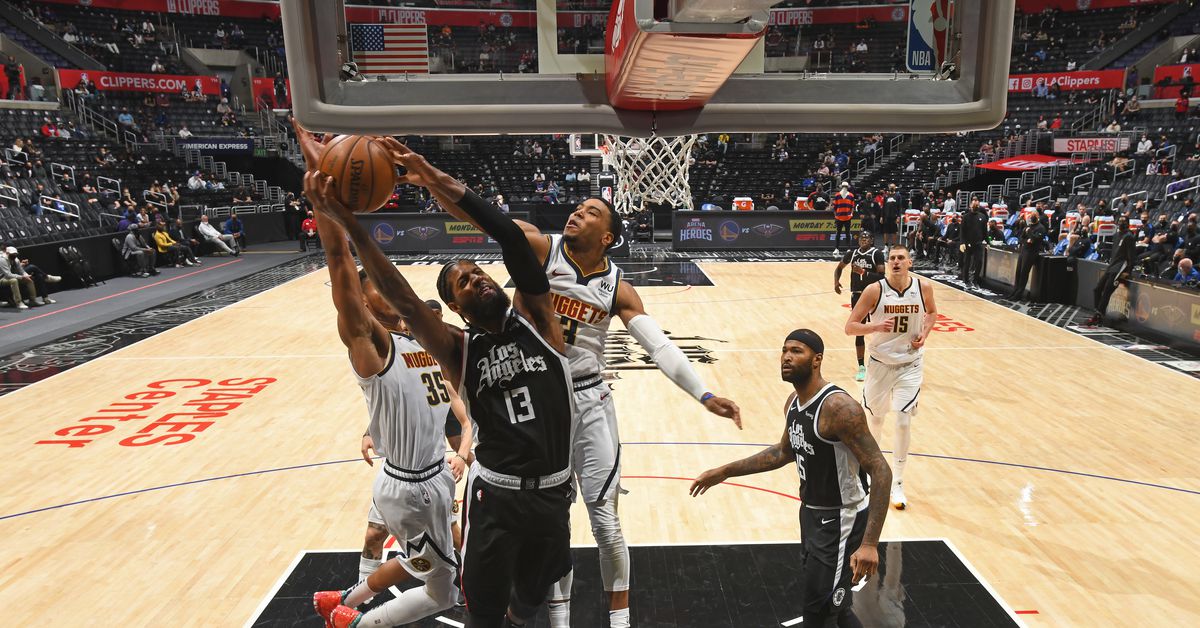 The Clippers were the fourth seed in 2020-21, falling a spot in the final weekend after selectively managing the workload of their rotation players during the last two games of the season. For most of the year, they comfortably resided in third place, however; so when considering how far the team will drop off without Kawhi Leonard, third is perhaps a better starting point than fourth.

In ESPN’s projections for the upcoming season, the Clippers are slotted to finish seventh in the West, in the most advantageous play-in position for the right to advance to the playoffs. The three teams expected to pass them in the standings from a year ago are the Lakers, Warriors, and Mavericks.

The Lakers upgraded their roster for the regular season by adding an All-Star point guard in Russell Westbrook; as such, their ascent to second from seventh makes some sense. The Warriors will have more depth and will also welcome back Klay Thompson, so a jump from eighth to sixth is in line with that talent upgrade. Dallas’ movement is a little more puzzling since the team didn’t make any meaningful offseason acquisitions beyond Reggie Bullock. There should be some expected improvement from Luka Dončić in his fourth season, but it’s hard to see where this team will earn extra wins otherwise, especially considering they downgraded at head coach from Rick Carlisle to Jason Kidd.

There’s also the possibility that a team in front of the Clippers falls off, namely Denver, who will be without Jamal Murray for much of the regular season. As a result, seventh seems like the floor for the Clippers for 2021-22. There is a lot of talent and youth on this team beyond Leonard, and that should bear itself out during the first 82 games.

The schedule for the Clippers’ G League affiliate in Ontario. Also worth noting that the Clippers will play a preseason game in Ontario on Oct. 11. pic.twitter.com/Iyt7sGxpaR

Road might get tougher without LeBron: Takeaways from Lakers’ win over Spurs