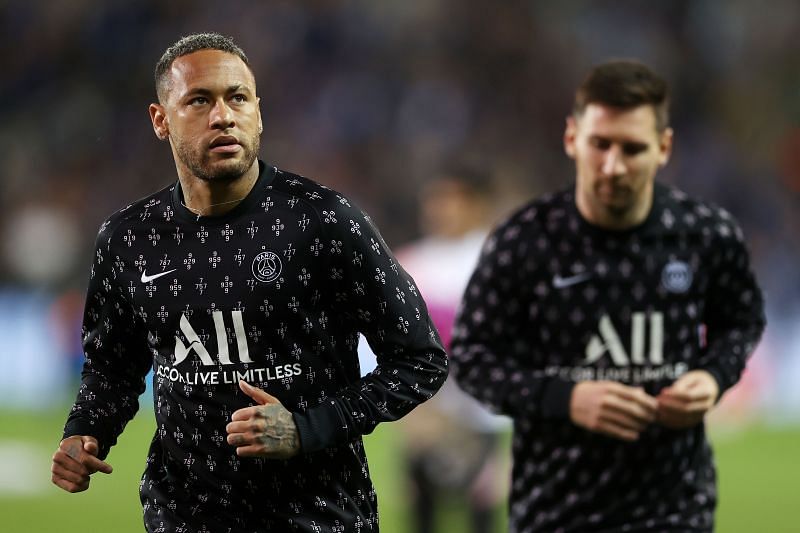 PSG kickstarted their new era on a disappointing note as a tepid display saw them held to a 1-1 draw by Club Brugge in their 2021-22 UEFA Champions League opener.

The French giants embarked on arguably the biggest transfer window in modern history that saw the arrival of several proven performers at the Parc des Princes. The pick of the bunch was Lionel Messi from Barcelona, who joined the likes of Gianluigi Donnarumma, Sergio Ramos and Achraf Hakimi, among others, at PSG.

These superstars, coupled with those already on the books, saw PSG assemble one of the most star-studded squads in the history of the game. That saw the club installed as heavy favourites to win a maiden UEFA Champions League crown.

Mauricio Pochettino fielded a strong starting lineup that included Neymar and Kylian Mbappe. The game also marked Lionel Messi’s first start for his new club, and he was expected to guide PSG to a routine victory.

Things got off to a perfect start for the visitors when Ander Herrera put PSG ahead in the 15th minute after being teed by Kylian Mbappe. Before that, Club Brugge had a penalty appeal for a handball in the area turned down after a VAR review.

PSG did not need a second invitation to jolt to life, finding the breakthrough immediately after being let off the hook.

A break down the left flank saw Kylian Mbappe dribble across the Brugge backline before he sent an excellent cut-back into the area. Herrera made no mistake, rifling the ball home with a one-time left-footed shot from 12 yards.

The hosts drew level after some excellent work by the impressive Edorad Sobol down the left, though. His cross into the box was converted on the half volley by captain Hans Vannaken, whose deflected shot left Keylor Navas with no chance.

Lionel Messi rattled the crossbar soon after with a trademark left-footed shot from the edge of the area. But the rest of the first half was controlled by the home side.

The Belgian champions continued to ask all the questions after the break as PSG struggled to settle into any rhythm. Kylian Mbappe was substituted for Mauro Icardi six minutes after the restart, and Lionel Messi dropped deep to influence proceedings but to little avail.

Despite some late pressure from PSG, Club Brugge held on for a memorable draw against their star-studded and illustrious visitors. A share of the spoils was probably the right result. Although on the overall balance of play, the hosts might feel they did more to deserve the three points than PSG.

This was far from the start that was expected from PSG. They will have to perform significantly better in their next continental fixture against Manchester City. On that note, here is look at the ratings of PSG players in the game.

The PSG goalkeeper ended up being busier than he would have envisaged at the start of the game. He made five saves in the game, with two of them being spectacular efforts to keep out the hosts.

Abdou Diallo was solid defensively, making a key goal-line block when his side were under pressure. He, however, offered little attacking threat before his 75th-minute substitution for Nuno Mendes.

The PSG captain did not do enough to adequately control his defence. He was constantly drawn out of position to cover up for the out-of-sorts Achraf Hakimi.

The France international was unlucky to see his attempted block deflect the ball past Navas for Club Brugge’s goal. He made three tackles and had five clearances on the night.

The former Real Madrid man looked hassled, particularly in the first half, when most of the home side’s attacks came down his flank. His usual attacking threat was also limited on the night.

Herrera opened the scoring to make it four goals in his last four matches for PSG. He also helped with ball retention, and put in a decent defensive shift.

The Argentina international received a booking in only the 12th minute before he was replaced by Danilo at half-time.

Wijnaldum was below his domineering best at the heart of midfield, which meant Club Brugge dominated proceedings for most of the first half. The Netherlands international was hooked off at the break for Julian Draxler.

Neymar was an anonymous presence for the entirety of his time on the field, and he did not muster a single shot across 90 minutes.

Kylian Mbappe was the focal point of PSG’s star-studded frontline, and was by far their most potent threat in attack. The Frenchman provided the assist for PSG’s opener, and also caused problems for Club Brugge’s defence before his injury-enforced withdrawal at the start of the second half.

The eyes of the world were on Lionel Messi as he made his first start for PSG, but the Argentine maestro did not live up to his billing.

He forced Simon Mignolet into a routine save from an acute angle, and also hit the crossbar in the first half. But that was as good as it got for the six-time Ballon d’Or winner. He had more influence on the game when he dropped deep in the second half, but the 34-year-old was significantly below his best.

Draxler came on at half-time, and ended the game with a pass accuracy of 97.4%. He did not hit the target with his sole shot on the night.

The former Inter Milan man did not do too much of note in the 39 minutes he spent on the field. He had an attempted back-heel flick from a cross going wide.

There was a noticeable improvement in PSG’s attack down the left following Nuno Mendes’ introduction with 15 minutes to go. The Portugal international helped his side dominate the final stages of the game, with his bursting runs forward.

Transfer expert Fabrizio Romano has picked out the 5 best transfers of the summer – Read now!

Harbhajan tells Amir ‘for people like you, only paisa, no izzat’, posts pic of Pakistani cricketer’s no-ball from spot-fixing case amid Twitter spat