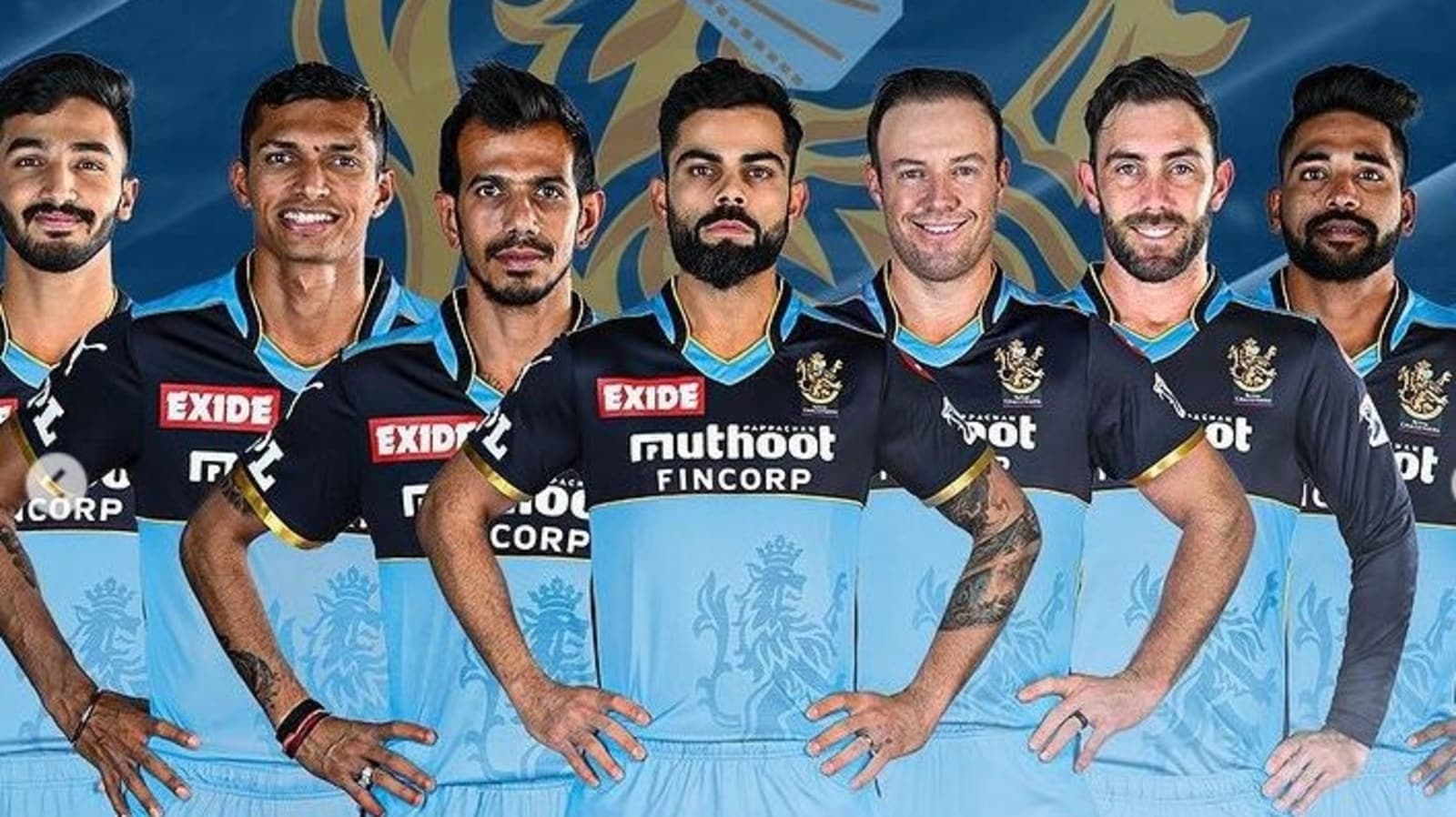 Virat Kohli & Co will don a blue jersey in the game against KKR on September 20 to pay tribute to the frontline workers for their selfless contribution towards the society during coronavirus pandemic.

Royal Challengers Bangalore are gearing up for the UAE leg of the Indian Premier League (IPL), which gets underway from September 19 in the UAE. The Virat Kohli-led side had a promising run in the first half of the tournament in which they won 5 out of 7 games. Unlike previous editions, they began their campaign on a high and are currently placed third on the points table.

RCB will square off against Kolkata Knight Riders (KKR) in Abu Dhabi on September 20. To begin their campaign in the second phase of the 14th edition, Kohli & Co will don a blue jersey to pay tribute to the frontline workers for their selfless contribution towards the society during Covid-19 pandemic.

The franchise took to Twitter on Tuesday and confirmed the development. The team has sported a green jersey in the past, as part of their flaship ‘Go Green’, to convey a message for environment conservation. This year, the team will wear a blue jersey as it resembles the colour of the PPE kits.

“RCB to wear Blue Jersey v KKR on 20th. We at RCB are honoured to sport the Blue kit, which resembles the colour of the PPE kits of the frontline warriors, to pay tribute to their invaluable service while leading the fight against the Covid pandemic,” RCB said in a statement.

We at RCB are honoured to sport the Blue kit, that resembles the colour of the PPE kits of the frontline warriors, to pay tribute to their invaluable service while leading the fight against the Covid pandemic.#PlayBold #1Team1Fight pic.twitter.com/r0NPBdybAS

Earlier in the month of May, the franchise had announced donning blue jersey in honour of the frontline workers. However, before they could take the field, the tournament had to be called off after multiple Covid cases surfaced in the IPL bio-bubble. Later, the BCCI shifted the tournament to the UAE and now the fans are eagerly waiting for the remainder of the season to commence.

Earlier on Sunday, RCB captain Kohli and pacer Mohammed Siraj arrived in Dubai following the cancellation of the fifth and the final Test between India and England in Manchester. The duo is currently in a 6-day hard quarantine after which they will join the rest of the squad in the bio-bubble. The likes of AB de Villiers and Glenn Maxwell had also arrived in the UAE earlier this month to participate in the remainder of the season.