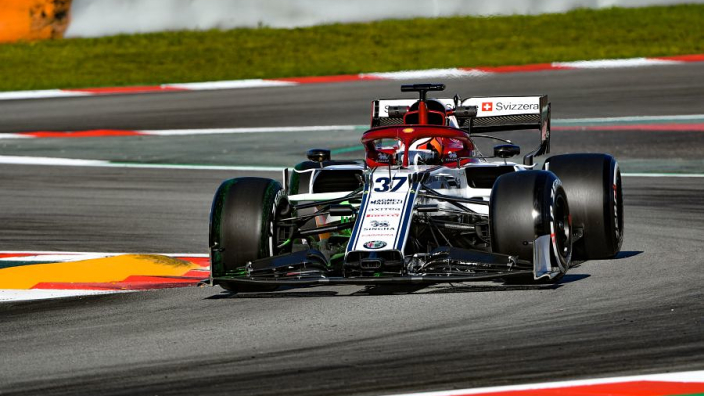 F1 is tackling the lack of opportunity for young drivers rising through the junior ranks by bringing in mandatory rookie running on Friday’s next season.

Vasseur’s team have long been running young drivers in FP1 sessions with its links to the Ferrari Driver Academy – the deal set to end at the season’s conclusion.

“The FP1 opportunity for the rookies, I think it is a good move for F1 in general,” Vasseur told GPFans Global.

“It is the best exposure that we can give to the kids and I’m not sure that the FP1 is a very relevant session.

“We did a lot in the past with Charles [Leclerc] and Antonio [Giovinazzi] and Callum [Ilott] but it’s not always easy because they are jumping in the car, they are not allowed to crash because we have FP2 two hours after.

“It means that the first point is that ‘Guys, you don’t crash.’

“Then they have two stints of six laps the first stint, three-four laps the second one and they have to show something.

“It is a bit of a schizophrenic situation and complex situation but it is like it is. At least on the exposure and the marketing side, it is probably very good for them.

Valtteri Bottas has been confirmed as an Alfa Romeo driver for next season to replace the retiring Kimi Raikkonen.

The second seat is under discussion with a plethora of drivers under consideration.

Asked if the team was aiming to find a driver to replicate Charles Leclerc‘s meteoric rise through the team, Vasseur explained: “The difference with Charles was that he was allowed to do a lot with us before.

“We have also to consider that next year is a bit different because we will have six days before the season with a completely new car.

“Perhaps we will have a reliability issue. We will have the new tyres that mean also we have to consider this part of the situation.

“But it will be a choice for sure that I would like to have a commitment at least on the next two or three seasons. It means that perhaps the first two or three races it is not the main topic.

“If you have this kind of plan, let’s build up something, you can think that together. But performance will be key.”