Joni Kauko likely to be included in ATK Mohun Bagan’s AFC squad; Hugo Boumous might not make the cut 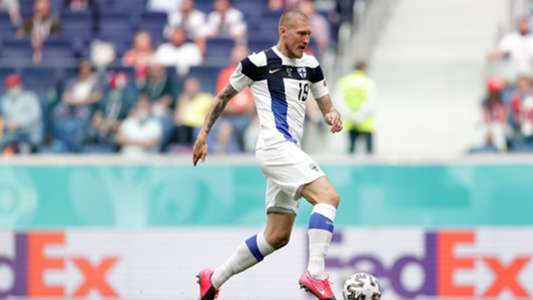 ATK Mohun Bagan fans might finally get to watch Joni Kauko in action in the green and maroon shirt in their upcoming AFC inter-zonal semifinal clash against FC Nasaf. The finish midfielder was left out by coach Antonio Habas during the AFC Cup group stage matches but he is likely to be registered for the upcoming encounter, Goal understands.

Hugo Boumous is likely to make way for the midfielder. Tiri has also joined the squad from Spain but he is unlikely to feature in the upcoming match.

ATK Mohun Bagan are currently undergoing a six-day training camp in Dubai from September 11 to prepare for their next game. The match is scheduled for September 22. From Dubai, the team will fly to Qarshi, Uzbekistan to further train and acclimatise.

“It’s a big game for the players and the ATK Mohun Bagan fans. FC Nasaf are a strong team and we have to be on our toes,” Habas stated before leaving India.

How have ATK Mohun Bagan’s opponent FC Nasaf performed in the recent past?

Nasaf emerged as the Central Asian Zone winners after winning 3-2 against Ahal FC of Turkmenistan. The Uzbek side had a two-goal cushion at halftime but a spirited display from Ahal wrote off the deficit. However, Hussain Norchayev restored the lead after converting from the spot.

Ruzikul Berdiev’s side has had plenty of football going into the match as the Uzbek top-division league is on. They have played 17 matches and are currently in the fifth position with 27 points. But they have had a tough run in the Uzbek league as they have won only once in their last five league games.

However, at the continental stage, they have been a completely different side. In the group stage, they won all their three matches to finish on top with nine points. They scored nine goals and did not concede any. It is almost a decade since the club had last played in an edition of the AFC Cup, as they last appeared in 2011 when they clinched the trophy.

Whereas, the Mariners are also in a rich vein of form. They remained unbeaten in the group stage with two wins and a draw. They beat familiar opponents Bengaluru FC 2-0 in the opening match and followed that by a 3-1 victory over Maziya SRC. In their final group game against Bangladesh Premier League champions Basundhara Kings, Bagan rallied back to snatch a point.

With this, they have equalled their longest ever undefeated run in the second-tier club competition in Asia (W3 D2). They (as Mohun Bagan) achieved a similar feat in 2016 (W3, D2).