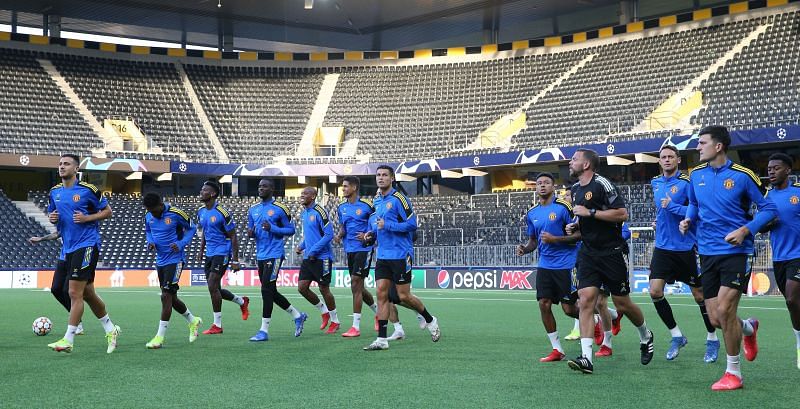 Manchester United are currently more exciting than they’ve ever been in the last eight years. With an unbeaten start to the season, the Red Devils also sit at the top of the Premier League table.

The acquisition of Cristiano Ronaldo has also added to the buzz surrounding the club as they begin their UEFA Champions League campaign on Tuesday.

Ole Gunnar Solskjaer’s side will travel to Switzerland to face Young Boys in a game that they’re expected to win. The problem, though, is that Manchester United have often flattered to deceive when the stakes are high.

Last season’s Europa League final defeat to Villarreal remains fresh on the minds of many fans, but the Red Devils cannot afford to repeat the same mistakes this term. That would be unforgivable.

There are some tough groups in this season’s Champions League but Manchester United were very fortunate to get a favourable draw.

The Reds are favourites in Group F, which contains Young Boys, Villarreal and Atalanta. They’ll be aiming to make a great start to their European campaign.

Having battered Newcastle United over the weekend, there is a need to keep the momentum going. It’s been a long time since the Red Devils truly made an impact in Europe but this could finally be their season.

They have a squad of youth and experience, and a manager who knows all about winning on the big stage. Now, it’s time to prove their mettle on the pitch, starting with Young Boys on Tuesday night.

No excuses for Manchester United this time

Manchester United made a bright start to last season’s Champions League, winning each of their first three group matches.

But that was as far as they went, which ultimately saw them relegated to the Europa League after disappointingly finishing third in their group.

This time, though, there’ll be no excuses for Solskjaer, who is blessed with quality all over the pitch to pick from.

“We have had some very good nights and some memorable historic nights at the club [in Europe] – they’re the biggest nights for the club,” the Norwegian manager said in his pre-match press conference, as quoted by the Guardian.

“The aim when we go into this tournament now is to go all the way, it’s going to be difficult – it always is. We’ve added experience, quality and youth and are better prepared this year for what is to come.

“We’ve definitely learned, and the group is special, as a unit. They look after each other. The atmosphere is really good and that’s going to stand us in good stead, definitely.”

Manchester United’s impressive start to the Premier League is commendable but they must now translate that into the Champions League. There’ll be no excuse if they fail to beat Young Boys.

From Ronaldo’s homecoming to Messi’s new journey! Follow SK Football on FB for the latest updates

Mbappe, Neymar & the ‘tramp’ outburst: What did PSG star say about his team-mate & why?