Laver Cup matchups are set for Day 1, and John McEnroe’s Team World has its work cut out – The Boston Globe 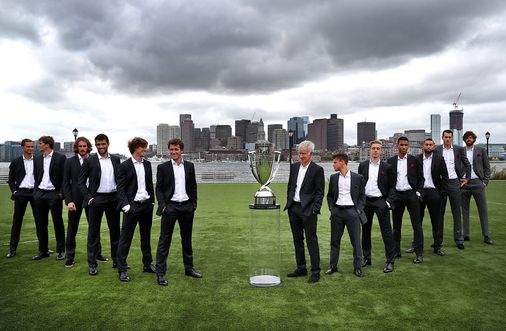 A quick glance at Team Europe’s Laver Cup roster might suggest to some that this could be the year Team World breaks through with a victory. Unlike the first three installments of the tennis event, Novak Djokovic, Roger Federer, and Rafael Nadal will be not be gracing the court at TD Garden this weekend.

Yet all six members of Team Europe are ranked in the top 10, starting with No. 2 Daniil Medvedev, who denied Djokovic’s quest for a Grand Slam with a win at the US Open earlier this month. Alexander Zverev, ranked fourth, captured the gold medal at the Tokyo Olympics in August.

So Team World again enters as a heavy underdog. It narrowed the gap in 2019, dropping a 13-11 decision, and captain John McEnroe hopes the fourth time is a charm.

“It’s been so close every year we can taste it,” McEnroe said Thursday. “I know that all of us are hungry and eager.

“We’re hoping to get off to a good start. We want to go out there and get some points tomorrow. I think we put a good group together.”

The tournament runs Friday through Sunday, with day and night sessions the first two days, followed by a single day session on the final day. Each day, four matches are played — three singles and a doubles. All matches are best-of-three sets, with the third set a 10-point tiebreaker.

Each player competes in at least one singles match during the first two days. No player can play singles more than twice.

At least four of the six players must play doubles. No doubles combination is played more than once.

The lineups for Saturday and Sunday will be announced one hour after the conclusion of play the previous day.

“Not for Me”: Roger Federer on Basel’s Trams Highlighting Key Moments for His Career